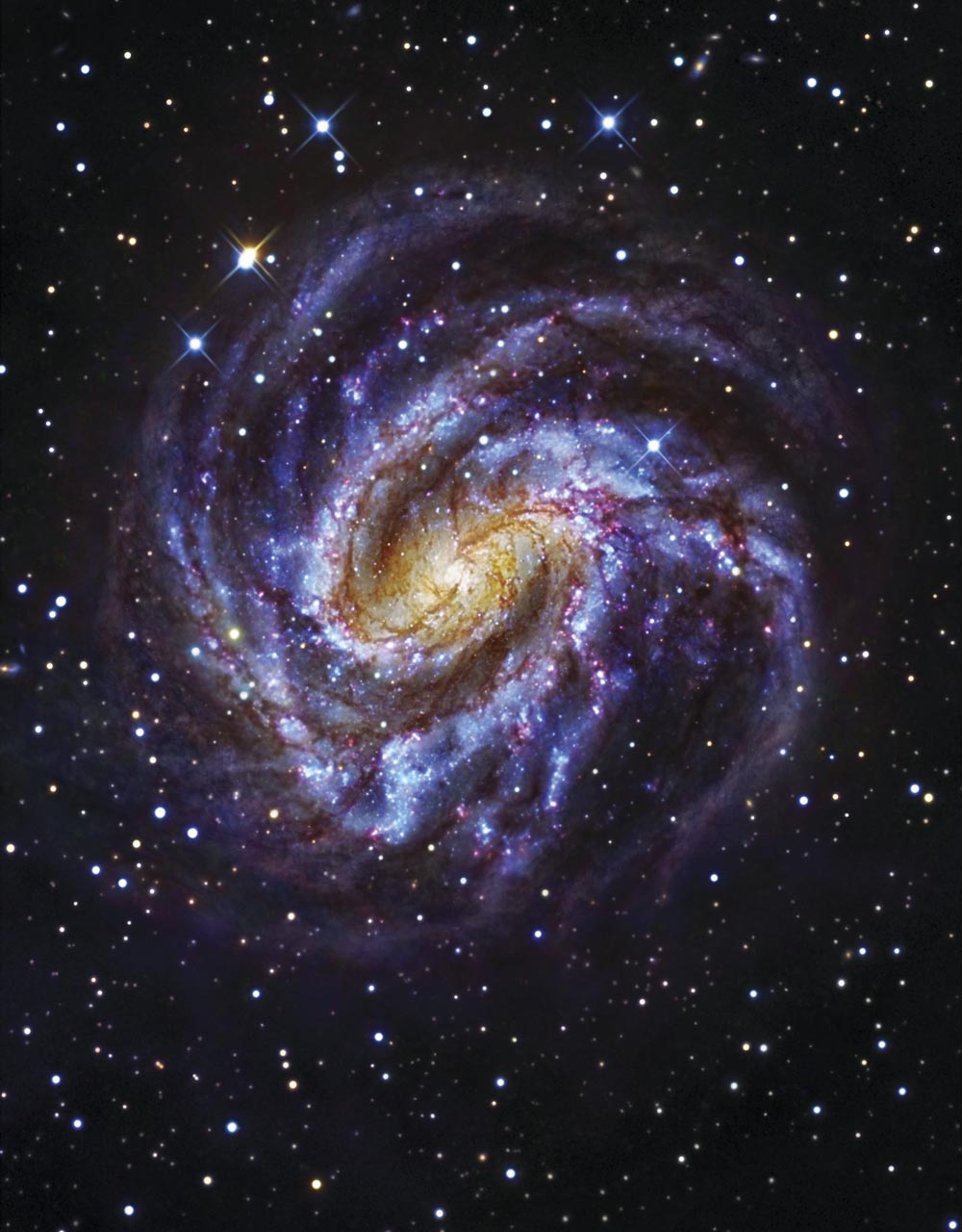 Barred Beauty M83, also known as the Southern Pinwheel Galaxy or NGC 5236, is a barred spiral galaxy approximately 15 million light-years away in the constellation Hydra. The bright areas of the spiral arms indicate regions of new star birth, and dark rivers of obscuring dust can be seen extending from the arms through M83’s core. It is one of the closest and brightest barred spiral galaxies in the sky, making it visible with binoculars. M83 is also a popular spot for supernovae, playing host to these tremendous stellar explosions on six different occasions in the past century. Nicolas Louis de Lacaille discovered M83 in 1752 while observing at the Cape of Good Hope, and comet hunter Charles Messier added it as the eighty-third entry in his eponymous catalogue of nebulous objects in 1781.