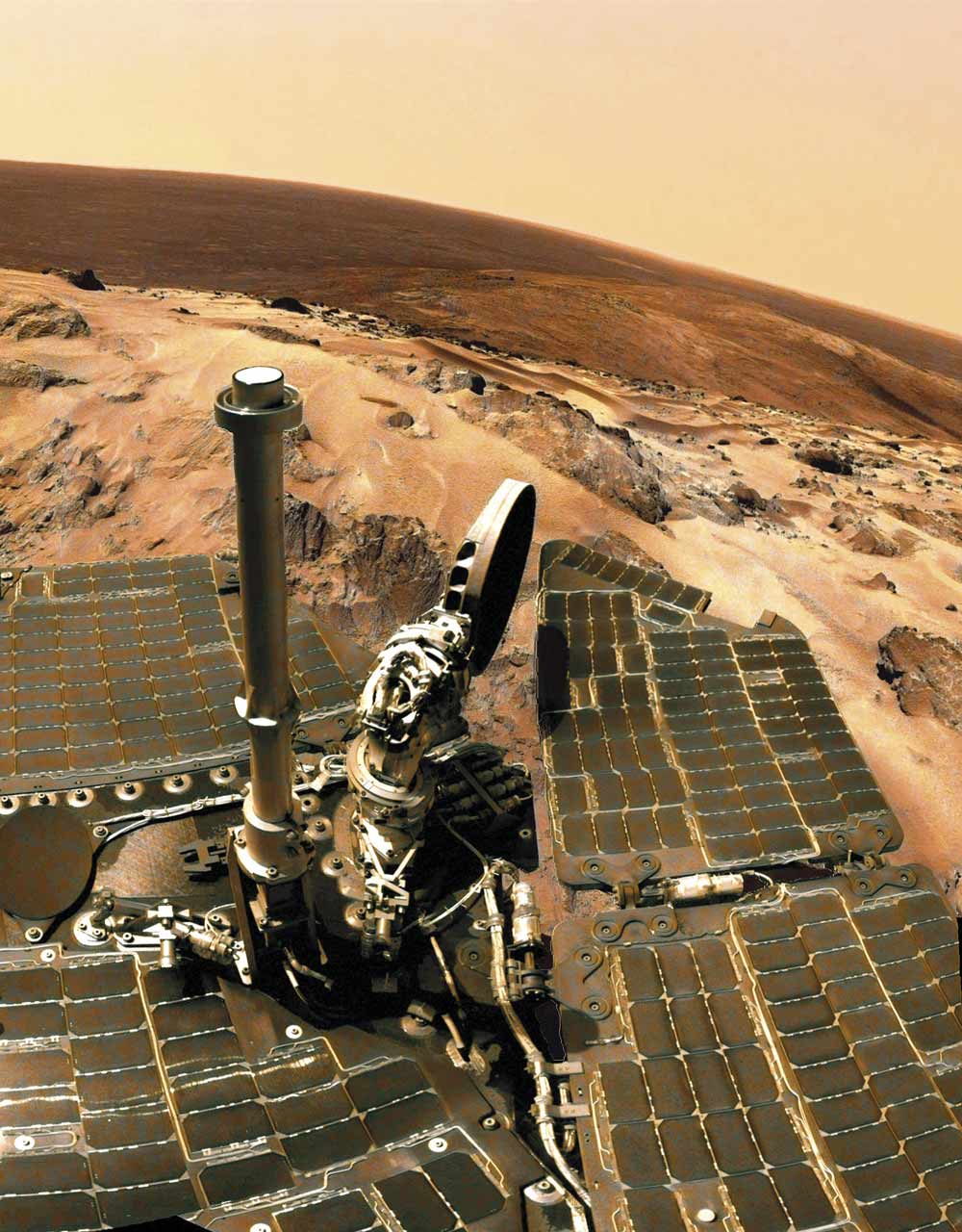 Robot Revisited Biochemist, science popularizer, prolific author of science fiction and fact: all of this describes Isaac Asimov, born ninety years ago this week. The author of nearly 500 books and more than 1,500 essays, Asimov is perhaps best known for one of his earliest successes, I, Robot. This 1950 book was a collection of short stories that revolved around the theme of robots. The robots in Asimov’s stories run the gamut from primitive mechanical creations to nearly human marvels. Asimov, who died in 1992, would have enjoyed seeing the Mars Rover Spirit (above) exploring Gusev crater on Mars. Spirit’s discoveries would have appealed to Asimov the scientist, and its place in the technological pedigree of increasingly intelligent robotic emissaries would have pleased Asimov the visionary.