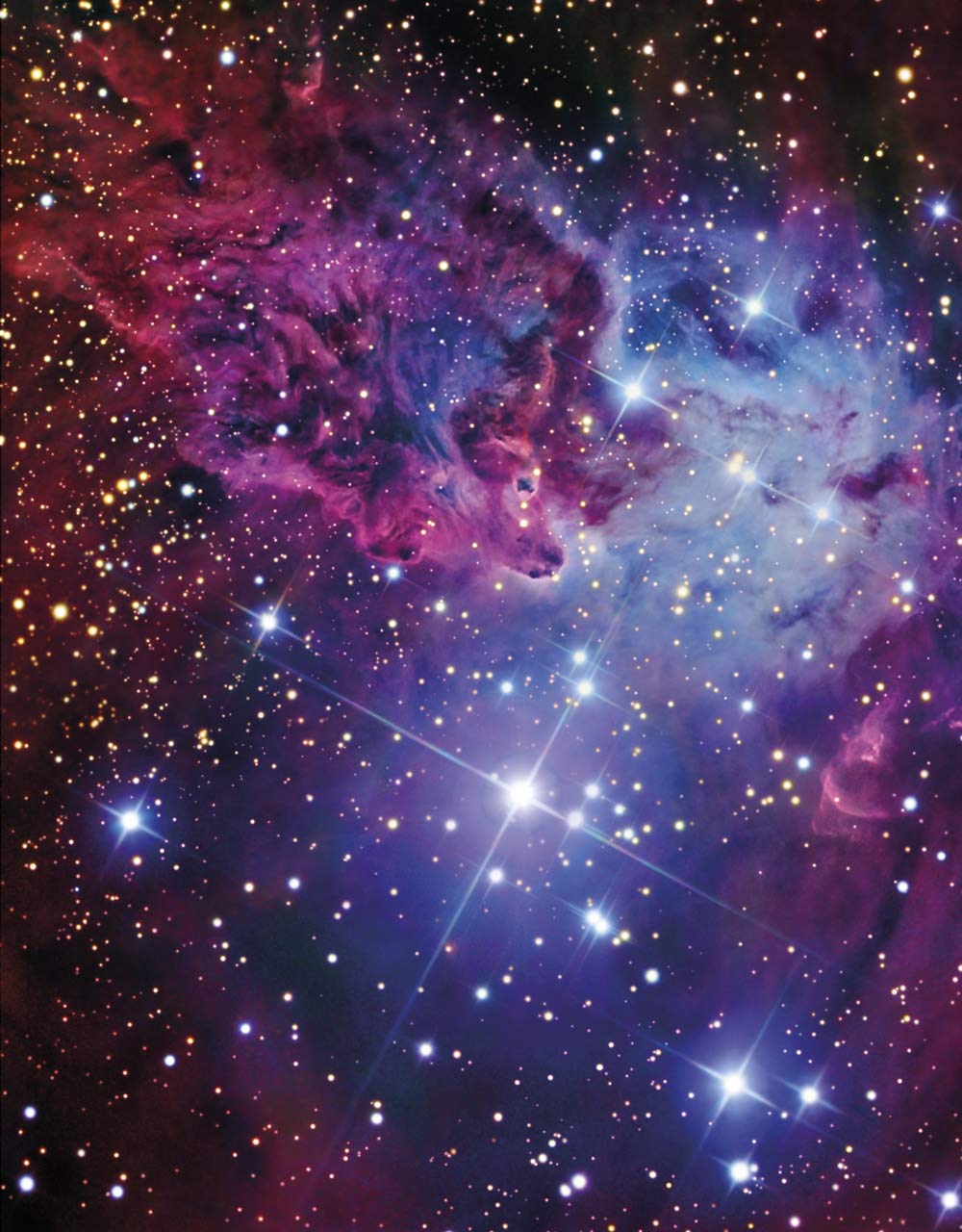 Fox Fur for a Winter’s Night Seeming to crawl across the sky on a cold winter’s night, the Fox Fur Nebula in the constellation Monoceros bears an uncanny resemblance to a fox leaping through a starry field as seen from above. With its pointed snout, ruffled fur, and windswept ears, the Fox Fur Nebula is an example of pareidolia: perceiving something significant in a random pattern. Pareidolia abounds in outer space, from constellations that resemble hunters and ships, to the “man” in the Moon or the “face” on a Martian mesa, but we experience it every day on Earth when puffy clouds resemble ducks, or religious icons appear on a piece of toast. As is often the case, reality is more impressive than fantasy: the Fox Fur is a giant star-forming region of energized dust and gas some 2,500 light years away.