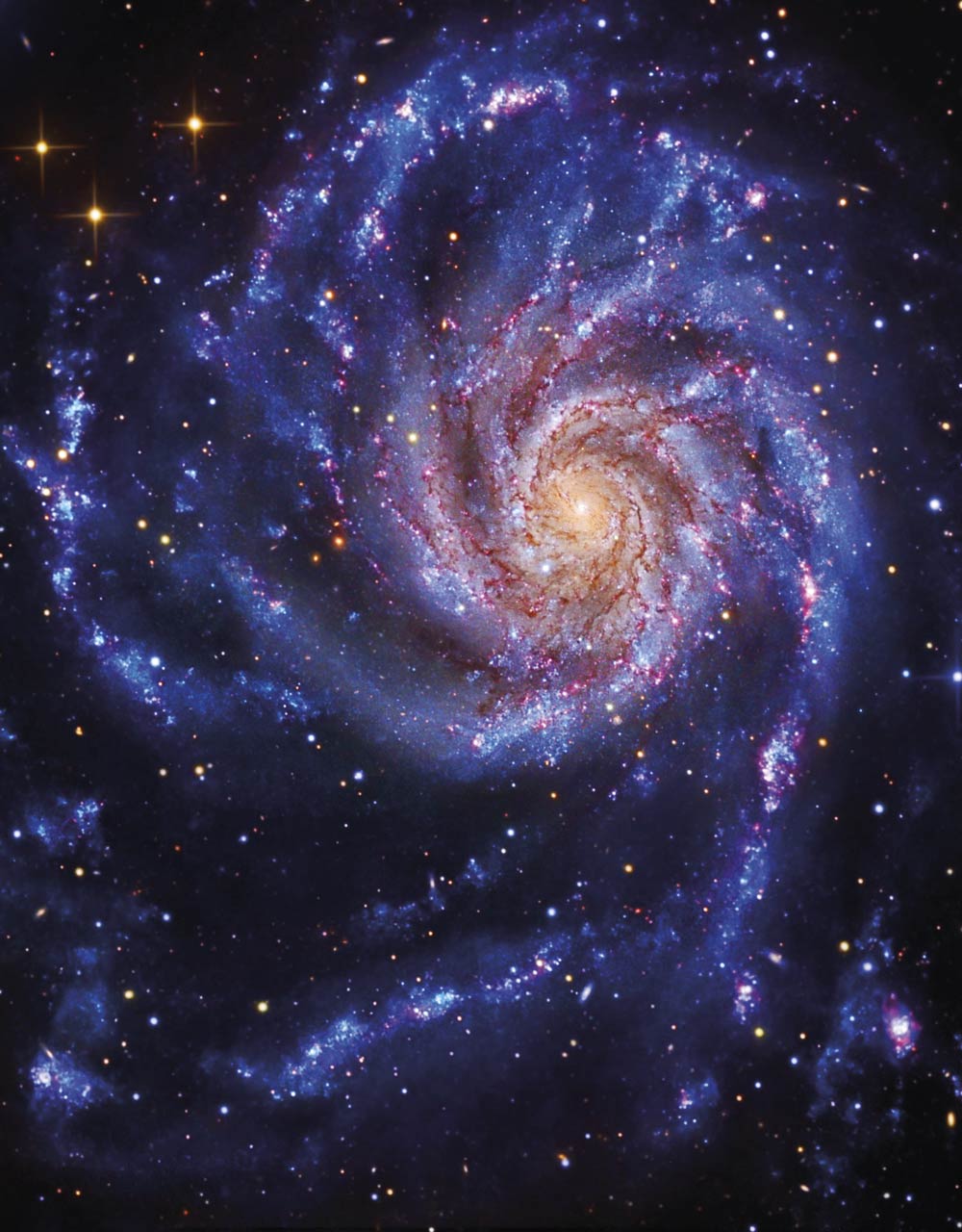 Crowded House Is the universe a cosmic ghost town, devoid of life except for what’s on Earth, or is it more like a grandmother’s house during the holidays, overflowing with friends, family, and pets? Life on Earth is diverse, tenacious, and adaptive — clinging to rocks, prospering in underwater volcanic vents, procreating in the frozen tundra — so it appears ready to thrive given half a chance. The real question it seems, is how many chances has it been given? Astronomers estimate that this gigantic spiral galaxy, M101, contains at least one trillion stars, about 100 billion of which resemble our Sun. Given the billions of galaxies that exist and the growing number of exoplanets already detected, it looks like there are plenty of crowded houses out there: over the river, through the woods, and across the universe.

Juno in conjunction with Sun
Venus 1.1° north of Regulus