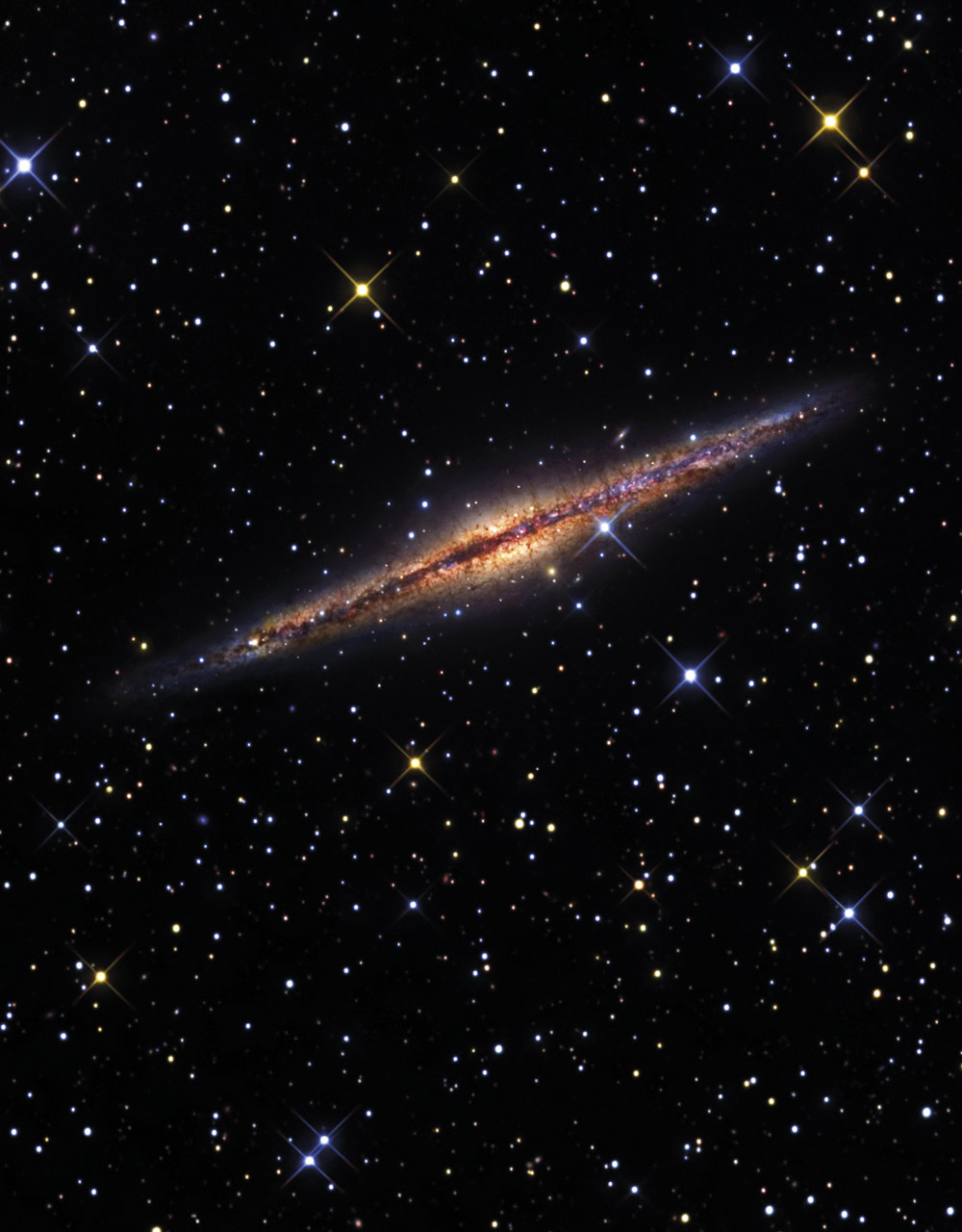 Distant Spiral Splendor A glance at the night sky rewards you with a view of enormous suns so incredibly distant they appear as mere points of light. If you know where to look, you can spy a few galaxies with your naked eye, some far enough away that their light took two million years to reach your eyes. With the proper equipment you can view even more distant objects, like NGC 891, an edge-on spiral galaxy in Andromeda some 30 million light-years away. This dramatic image of NGC 891 was taken by California amateur astronomer Jay GaBany using a 20-inch remotely-operated telescope located in New Mexico. He used an 11-megapixel astronomical CCD imager to collect over twenty hours of starlight on multiple evenings between November 2006 and April 2007.