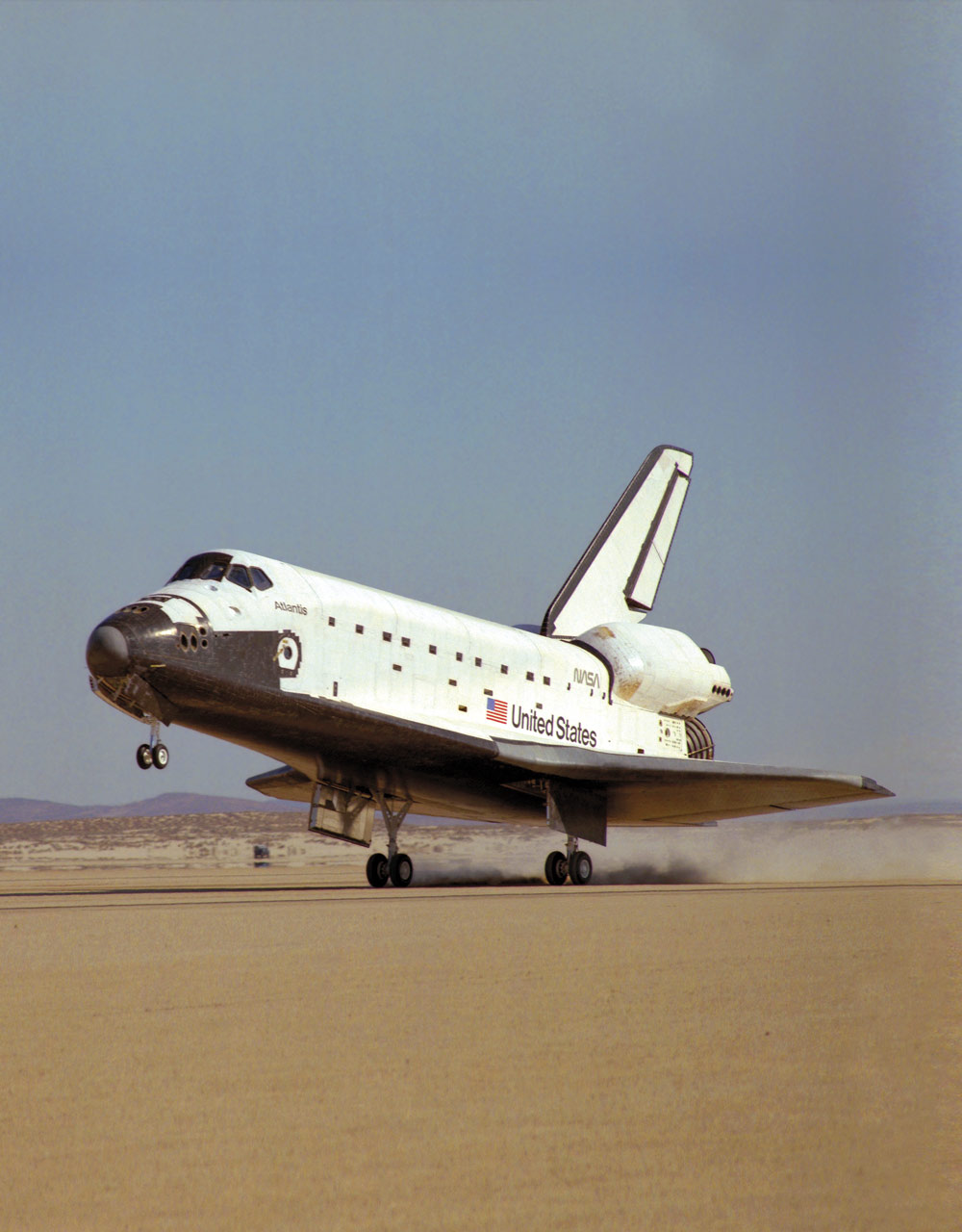 Erector Sets in Space The space shuttle Atlantis rocketed into orbit twenty-five years ago this week, carrying a crew of seven and a cargo bay filled with satellites and building materials. Early in the STS-61B mission, the crew deployed three communications satellites which later reached geostationary orbit. Astronauts Jerry Ross and Wood Spring conducted two spacewalks on as many days, evaluating ACCESS (Assembly Concept for Construction of Erectable Space Structures) and EASE (Experimental Assembly of Structures in EVA). Their experience erecting a forty-five-foot tower was a prelude to the International Space Station. Atlantis is seen here landing at Edwards Air Force Base in California, where shuttles were temporarily diverted in late 1985 while issues with their brakes were being resolved.