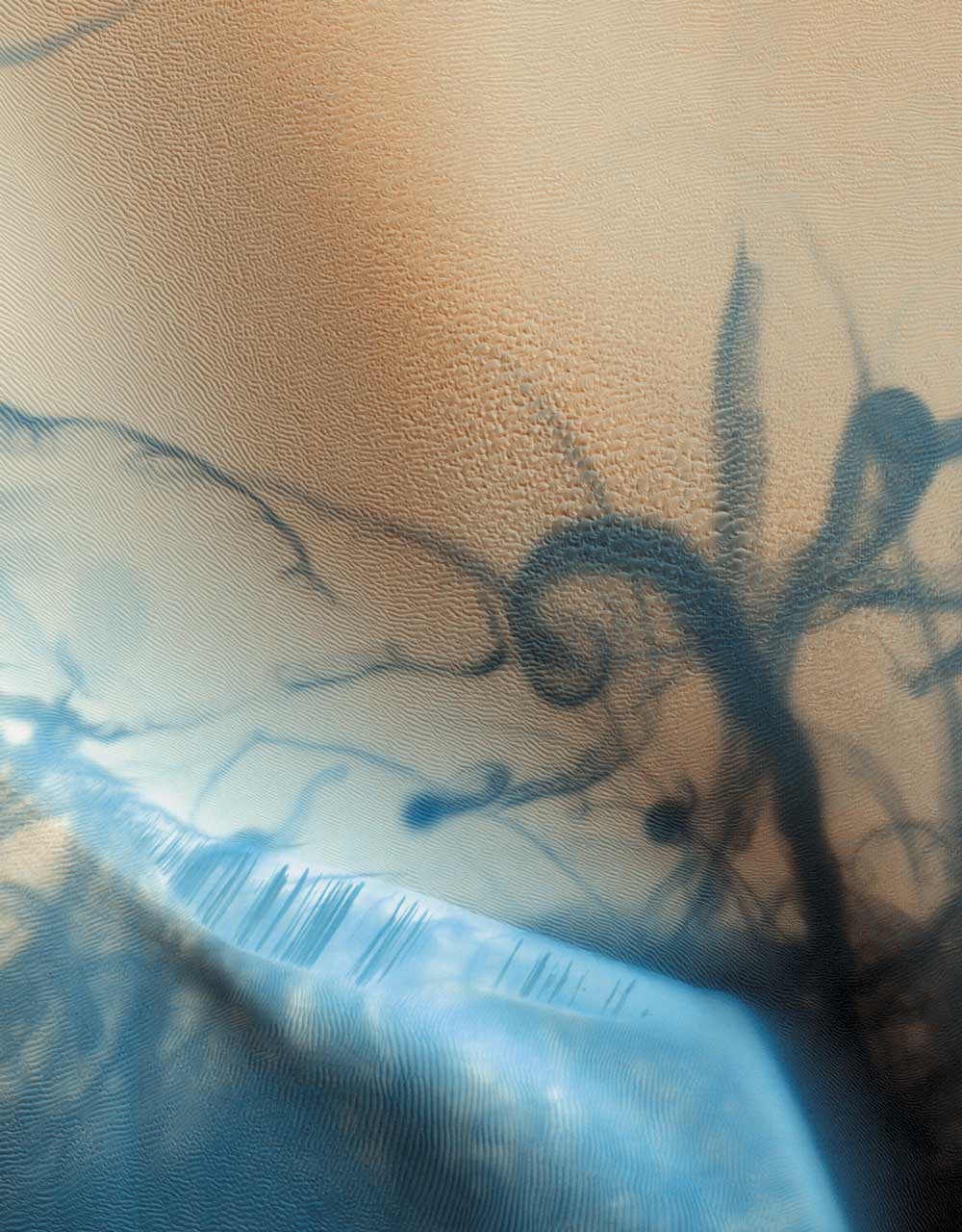 Celestial Body Art Aoelos, the ruler of winds in Greek mythology, lent his name to aoelian geology, the study of landforms shaped by wind. Sand dunes are good examples of aoelian geology, and sometimes the rolling dunes themselves are marked by smaller scale events like dust devils, those rapidly spinning vortices akin to mini-tornadoes. Dust devils are common both on Earth’s deserts and on Mars, which has an arid climate, loose sand, and high winds. In this image by the Mars Reconnaissance Orbiter, spinning dust devils have stirred up light-colored surface sand and uncovered heavier, darker sand beneath, leaving tattoo-like trails. More than once, intense wind from random dust devils has blown off dust that had accumulated on the solar panels of Mars rovers, helping to extend their useful lives.