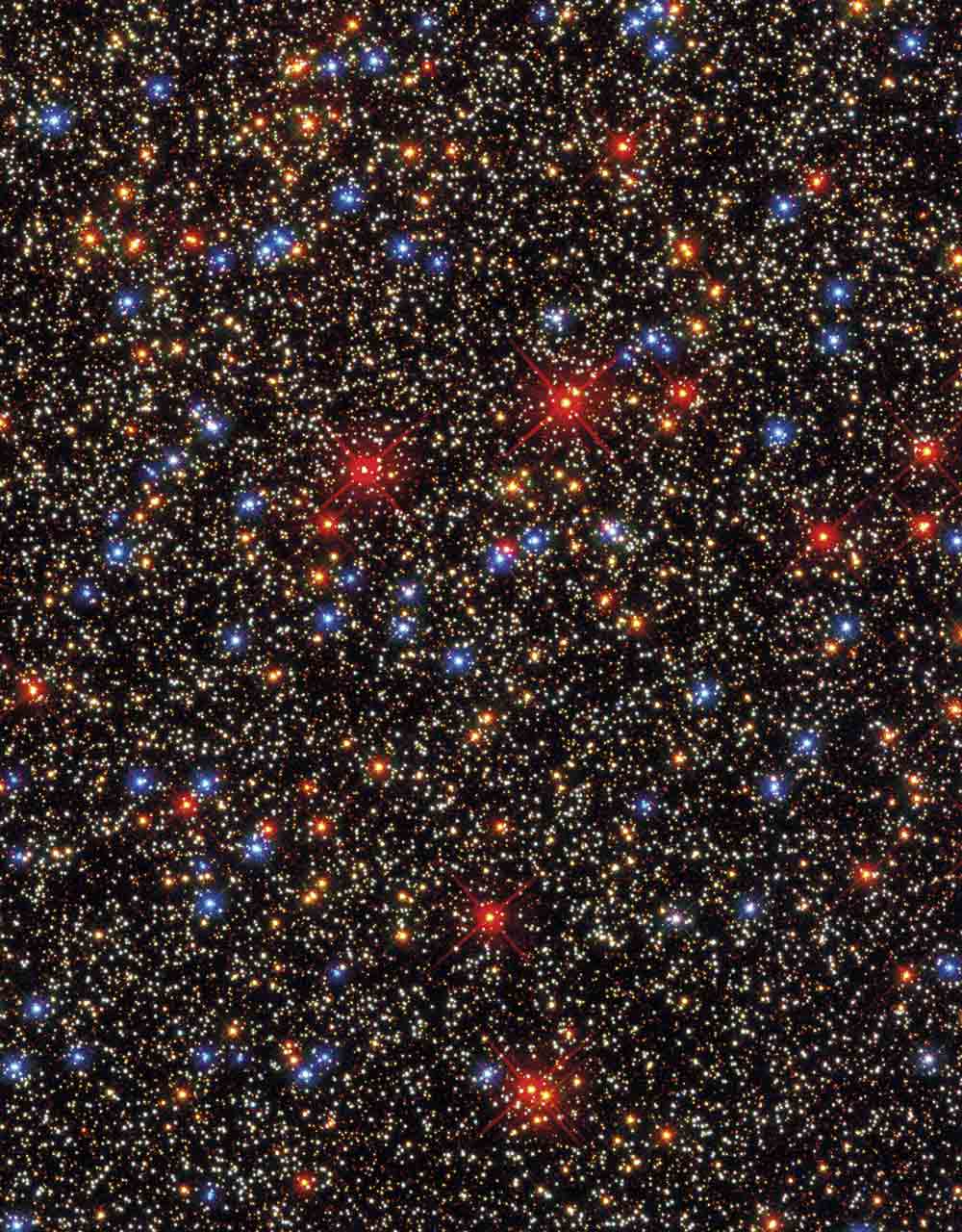 Stellar Sardines Globular clusters are compact groups of stars around the core of our galaxy. Omega Centauri, one of the most famous clusters, is comprised primarily of older stars between 10 and 20 billion years old, but a recent Hubble Space Telescope image has shed new light on these ancient suns. Employing its new Wide Field Camera 3, Hubble imaged just a fraction of the 10 million or so stars that comprise this cluster 16,000 light-years from Earth. The stars are packed about thirteen times closer than the Sun and its nearest neighbor, Alpha Centauri. If Earth were located here, our night sky would appear 100 times brighter. Younger stars appear yellow and white; older stars are orange or red; blue stars are old stars that have collided or merged with other stars, boosting their energy-production rate.