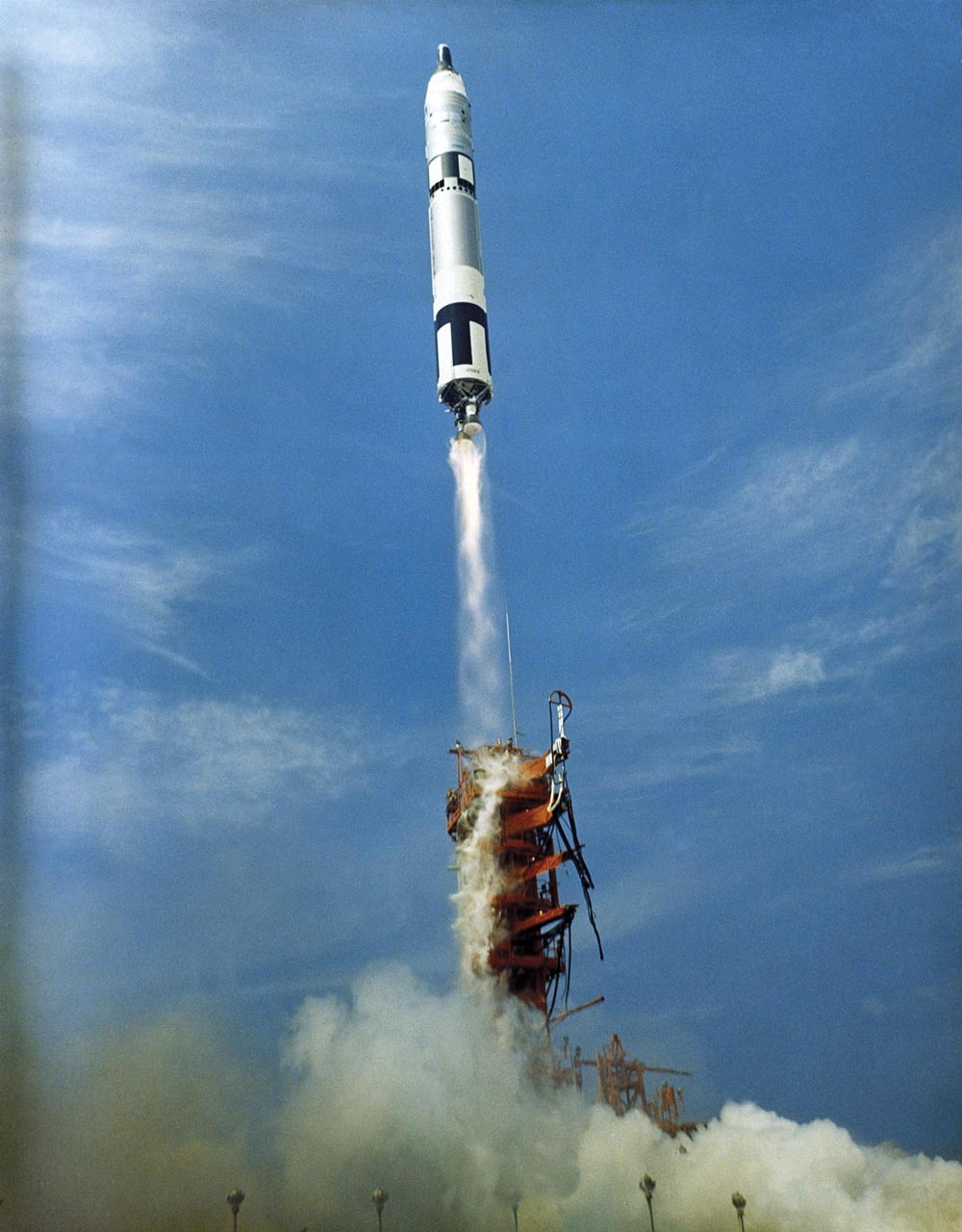 Trouble Ahead The Gemini VIII mission began with a successful launch forty-five years ago this week, but astronauts Neil Armstrong and David Scott faced a life-threatening emergency just six hours later. Moments after docking with the previously-launched Agena target vehicle—the first orbital docking of two spacecraft in history—the two joined spacecraft began rolling uncontrollably. Suspecting the Agena was to blame, the crew undocked from it, but the situation only worsened. One of Gemini’s thrusters was firing unchecked, and without the added mass of the Agena, the smaller Gemini was now rolling once per second. The astronauts managed to shut off the faulty thruster and gain control using Gemini’s reentry thrusters. This quick thinking forced an early but safe end to a very dangerous flight.