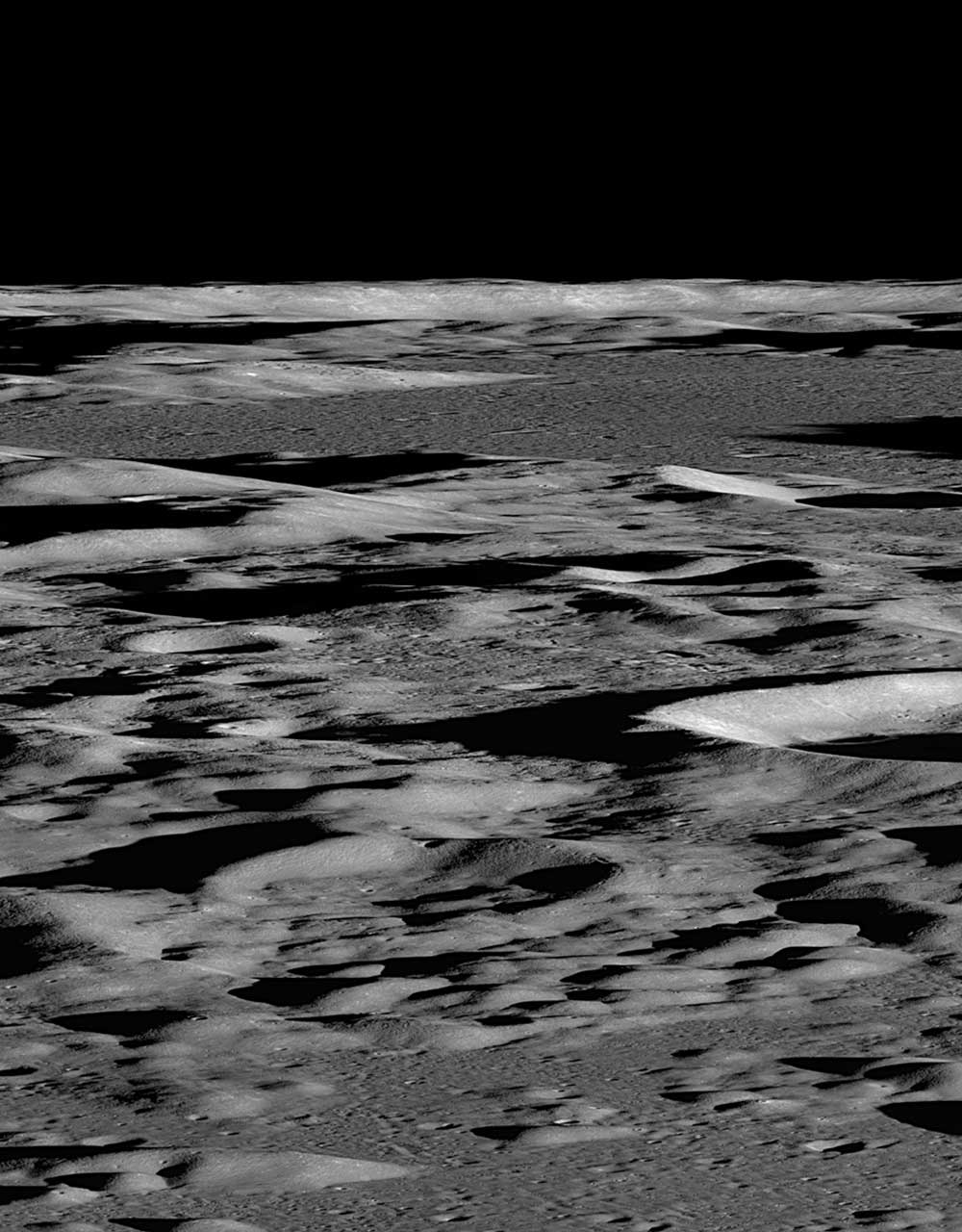 This Is Only a Test During the commissioning phase of its mission, the Lunar Reconnaissance Orbiter underwent three months of testing in mid-2009 to ensure that all of its systems were functioning. During this time, LRO imaged deep space, stars, the nighttime Moon, and vertical views of the lunar surface. Some of the optical tests measuring stray or “scattered” light in the optics required extremely oblique views of the Moon to capture both the bright lunar surface and the dark of space simultaneously. The results were both encouraging—LRO’s narrow angle cameras had hardly any scattered light—and spectacular. This image of an unnamed area of lunar highlands includes smooth plains in the distance that were formed when material ejected from massive impacts elsewhere on the Moon landed there.