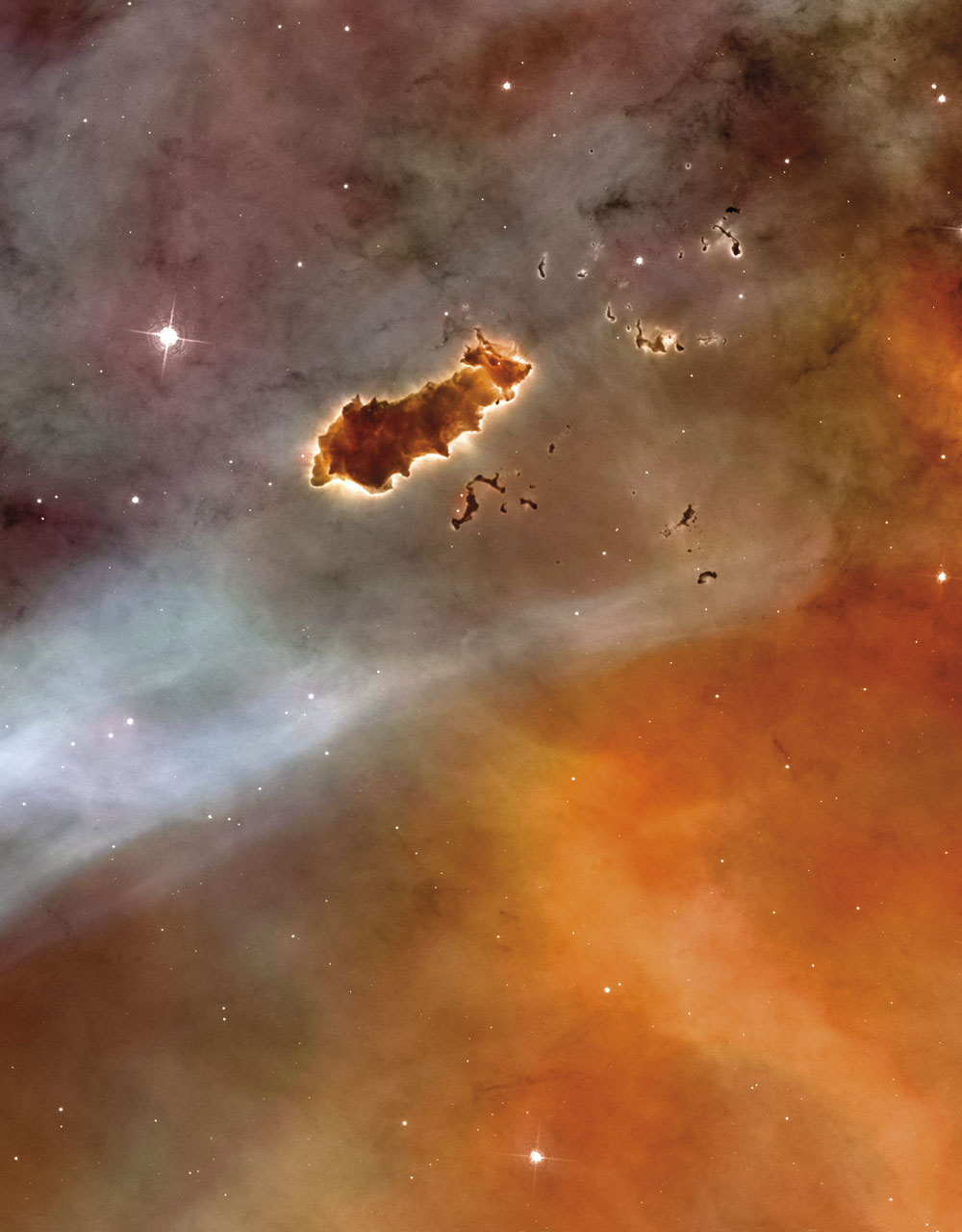 Birthday Globule One of the most prominent astronomers of the last century was born 105 years ago this week in the Netherlands. Bart Bok worked at Harvard University and directed both the Mt. Stromolo Observatory in Australia and the Steward Observatory in Arizona. Along with his wife, astronomer Priscilla Fairfield Bok, he studied the structure and evolution of star clusters and the galaxy, mapping the spiral arms of the Milky Way. He became best known for his work on small dark nebulae now known as Bok Globules. These condensing interstellar clouds of gas and dust are the future birthplaces of stars and star clusters. The Caterpillar, in this Hubble image, is a Bok Globule in the Carina Nebula, some 7,500 light-years away. Its glowing edge is the effect of radiation from energetic nearby stars.