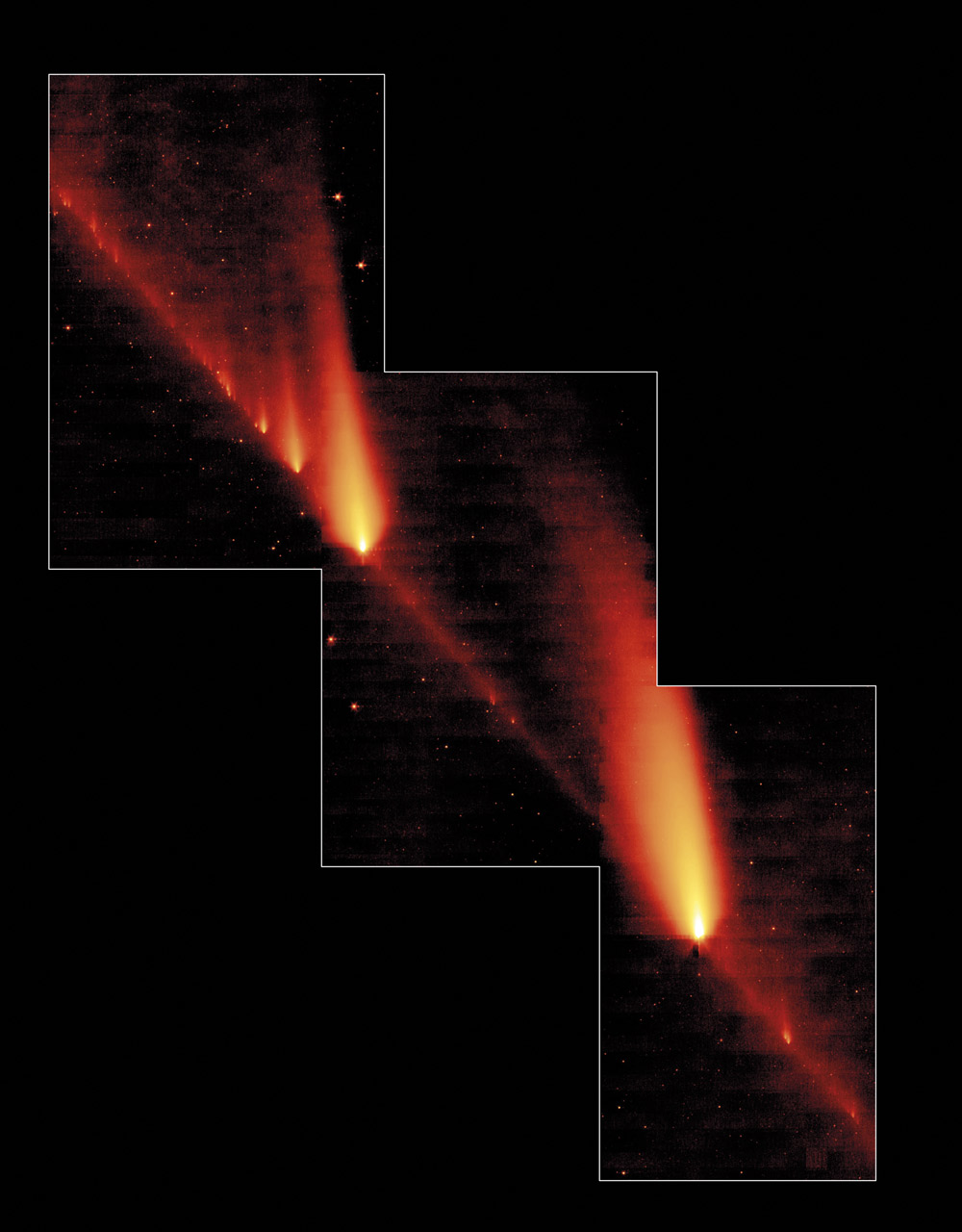 Breaking up Is Easy to Do As evidenced by the watchful eye of the Spitzer Space Telescope, comets sometimes pay the ultimate price when their eccentric orbits take them too close to the Sun. Comet 73P/Schwassman-Wachmann 3 began to fall apart in 1995 during one of its heated and tumultuous passages around the Sun. Since then, the comet has continued to fall to pieces, quite literally, and at least three dozen of them are visible in this infrared image from 2006. The flame-like objects are the comet’s fragments and their tails, while the dusty comet trail is the line bridging the fragments. Astronomers believe the icy comet finally cracked due to the thermal stress of the Sun. Other comet break-ups have been seen, most notably Shoemaker-Levy 9, whose fragments impacted Jupiter in 1994.