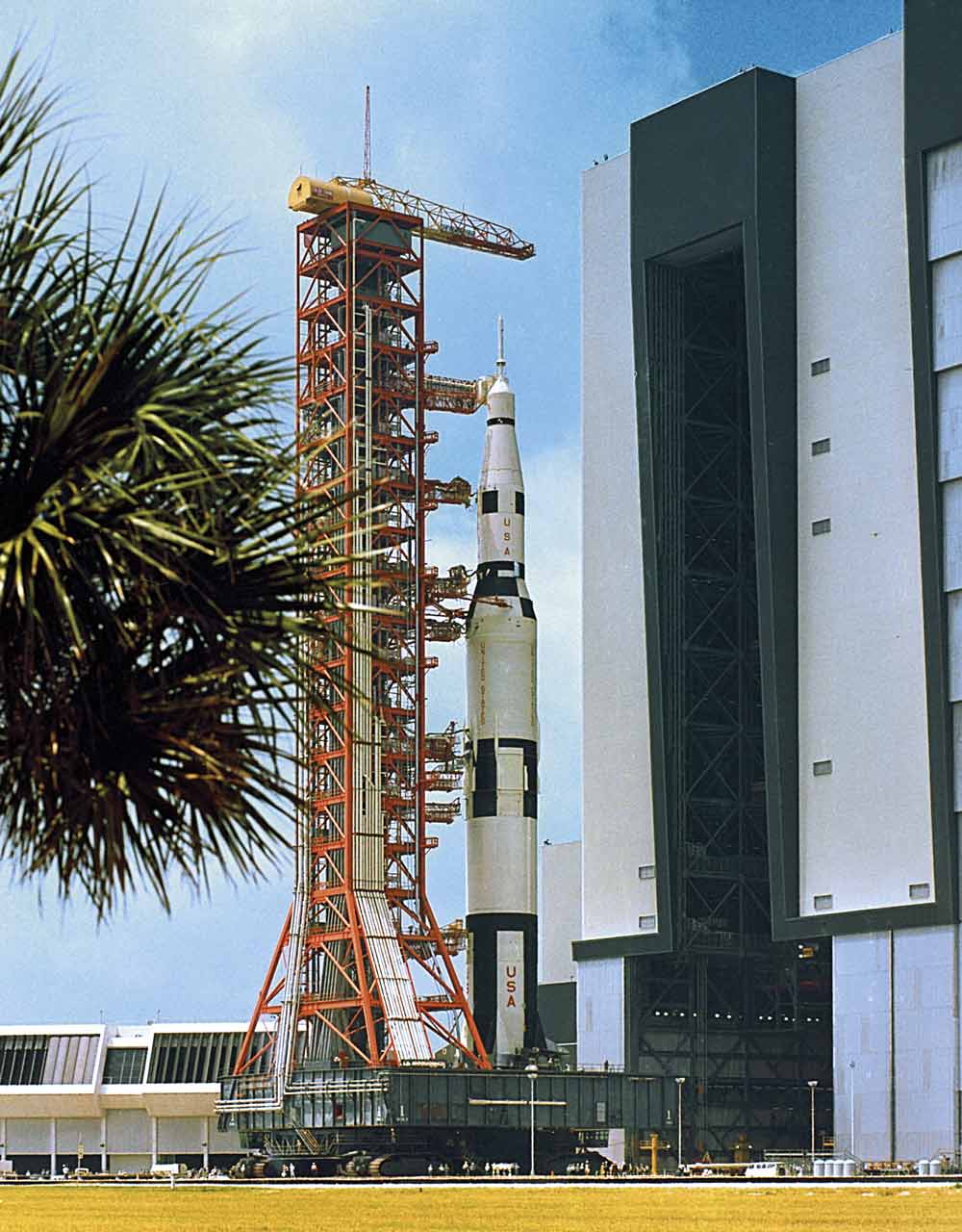 Challenge of the Decade Fifty years ago this week, President Kennedy challenged the nation to “landing a man on the Moon and returning him safely to Earth” before the end of the decade. The goal was especially bold considering America’s total spaceflight experience at the time consisted of Alan Shepard’s fifteen-minute suborbital flight. Five years to the day after Kennedy’s challenge, NASA unveiled the rocket that would ultimately take astronauts to the Moon. Although not intended to fly, the AS-500-F full-scale Saturn V test vehicle was used to verify the launch facilities, train launch crews, and develop pre-launch checkout procedures. Seen here leaving the Vehicle Assembly Building for the first time, the Saturn V rollout confirmed the incredible progress that had been made in just five short years.