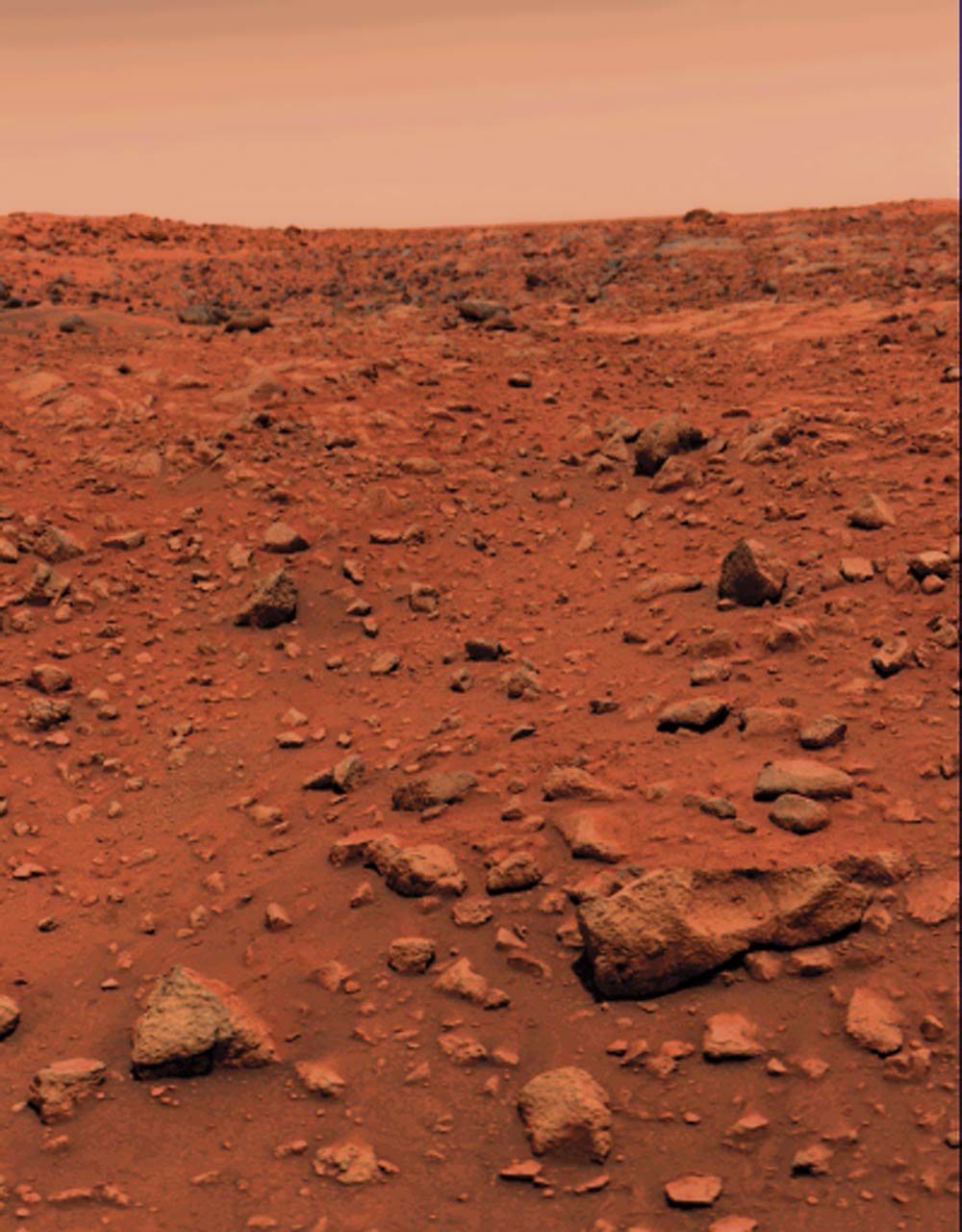 A Day Made for Landings In one of those strange examples of calendrical chance, the first spacecraft to land safely on Mars did so precisely seven years to the day after humans first walked on the Moon. While the Apollo 11 landing rested squarely in the hands of Neil Armstrong as he controlled the Lunar Module Eagle to a safe landing on the Sea of Tranquility, the fate of the Viking 1 lander was relegated to a pre-programmed series of instructions stored on its onboard computer. Thirty-five years ago this week, following a routine choreographed more than a year before, Viking 1 entered the Martian atmosphere, deployed a parachute, fired its descent engine, and landed safely on the Chryse Planitia. This picture of the ruddy rock-strewn landing area was taken by Viking 1 the following day.