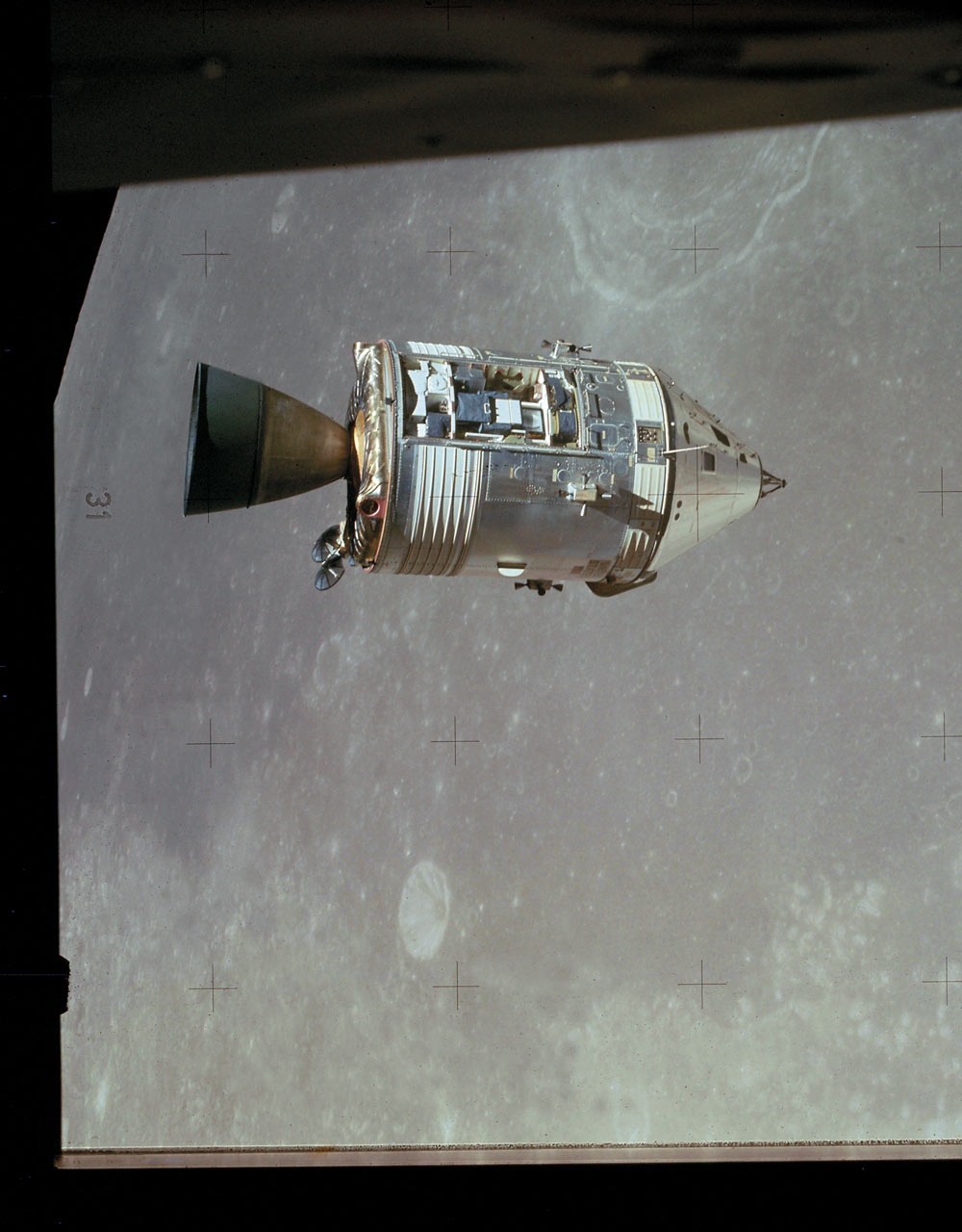 Loneliest Guy in Space During the Apollo 15 mission, which was launched forty years ago this week, Command Module Pilot Al Worden spent almost three full days alone orbiting the Moon while crew mates David Scott and Jim Irwin explored the lunar surface. During each hour-long pass behind the Moon’s far side, Worden was out of communication both with Earth and the astronauts on the Moon. During this quiet time Worden operated three different photographic systems: a hand-held Hasselblad medium format camera, a panoramic camera, and a mapping camera. The latter two were mounted in the service module’s Scientific Instrument Module bay, the open area behind the conical command module, which is visible in this image taken from the lunar module just before the two spacecraft were reunited in lunar orbit.