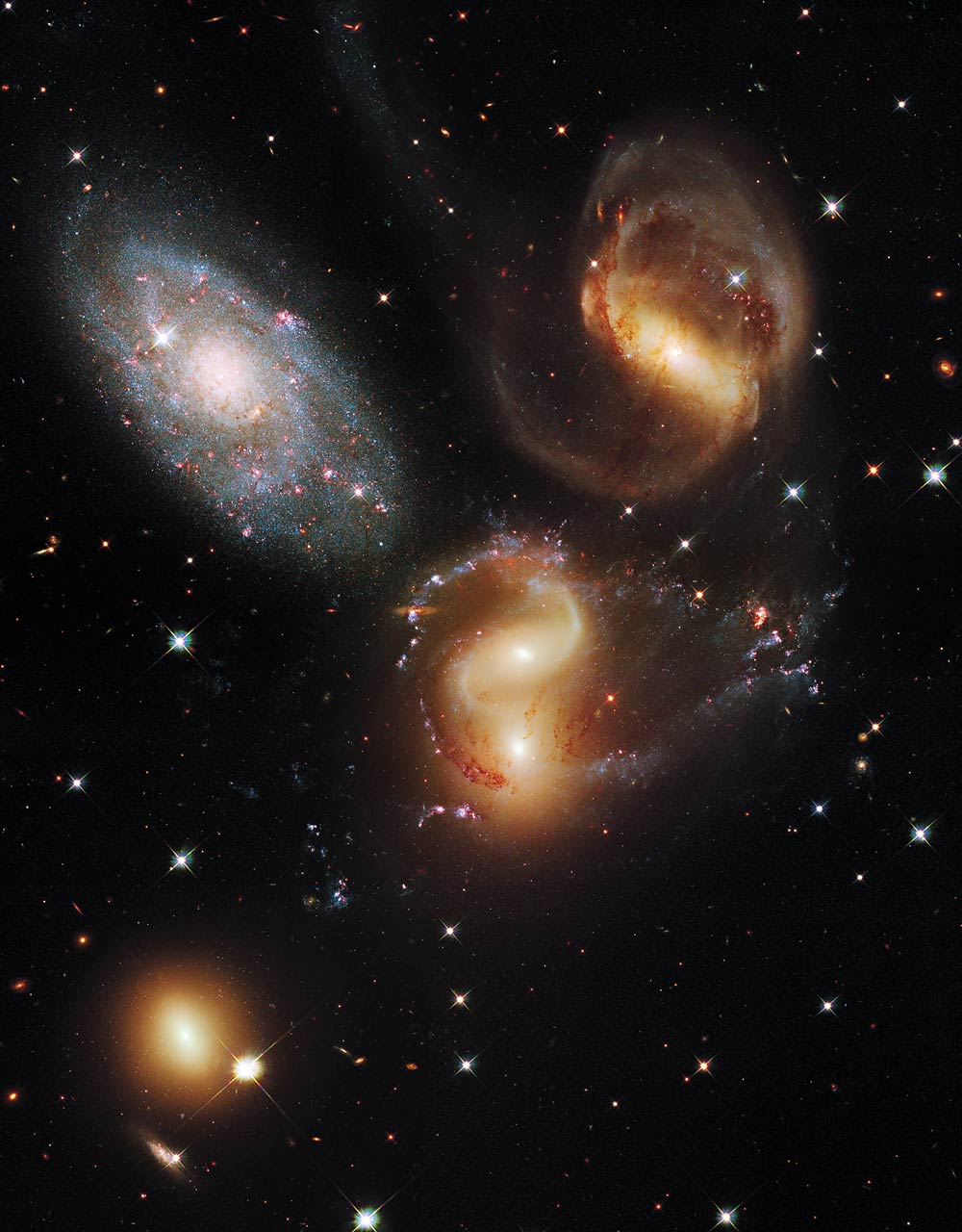 Clash of the Titans This stunning Hubble Space Telescope image of Stephan’s Quintet is really a group of four interacting galaxies about 290 million light-years away, plus a fifth galaxy (upper left) that is about seven times closer but happens to be in our line of sight. NGC 7319, at top right, is a barred spiral galaxy with arms that trail in a near semi-circle. Below NGC 7319 lie the interacting galaxies NGC 7813A and NGC 7318B. Encircling the galaxies are young, bright blue star clusters and pinkish clouds of glowing hydrogen where infant stars are being born. At the lower left is NGC 7317, a normal-looking elliptical galaxy that is less affected by the interactions of the others in the group. NGC 7320, at upper left, is “only” 40 million light-years away—close enough for Hubble to resolve individual stars.