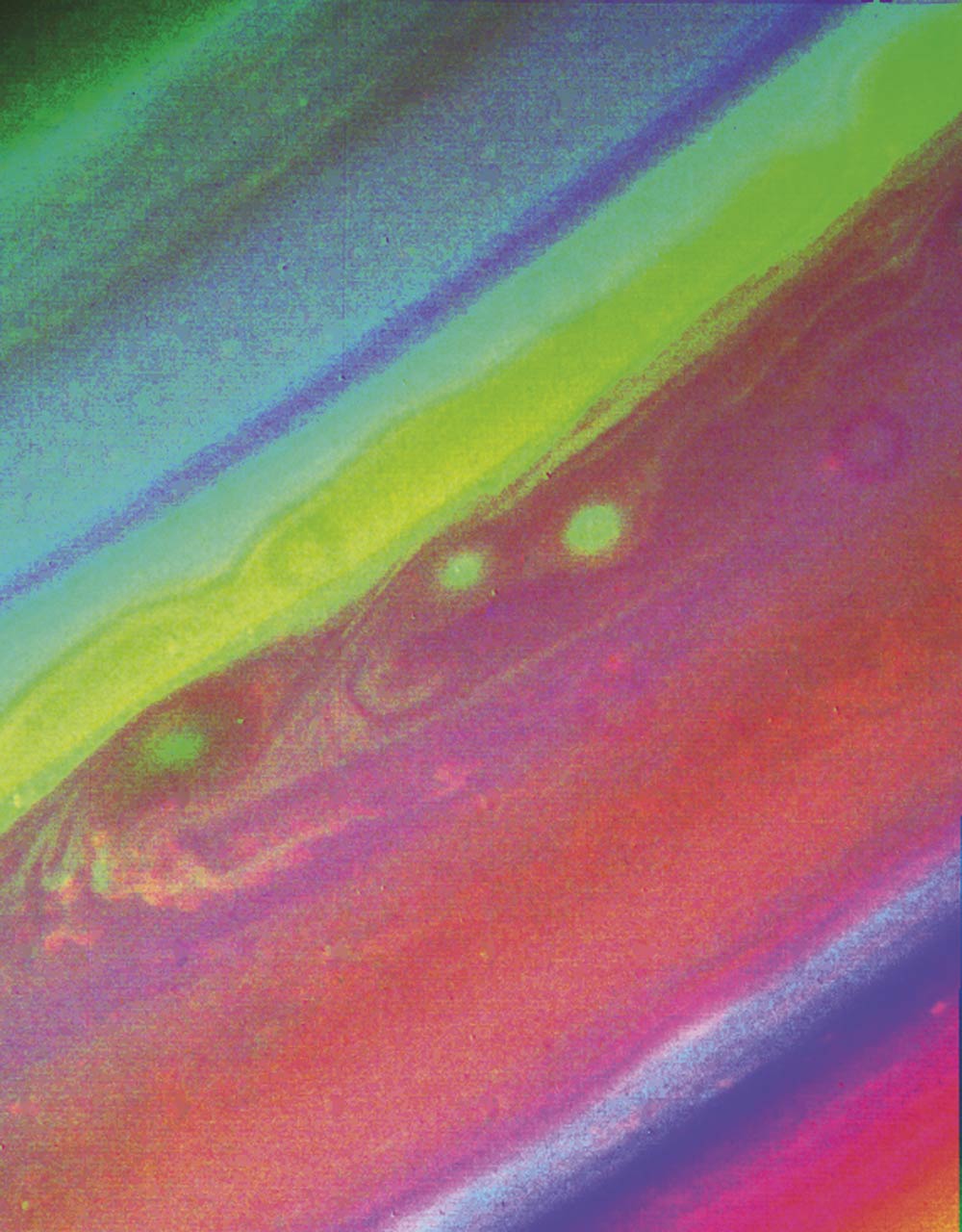 Playing Host After billions of years of solitude in the outer reaches of the solar system, Saturn hosted a spate of interplanetary visitors in quick succession. In September, 1979, Pioneer 11 became the first spacecraft to fly past Saturn, followed by Voyager 1 in November, 1980. And in August, 1981, thirty years ago this week, Voyager 2 had a close encounter with the giant ringed planet. It studied Saturn’s complex ring system and its atmosphere (enhanced in the photo above to emphasize cloud structure and three small storms), photographed seven newly discovered moons, and found a plasma ring around the planet 300 times hotter than the Sun’s corona. Voyager 2 visited Uranus in 1986 and Neptune in 1989, then continued toward interstellar space. It is still sending data back to Earth from 8 billion miles away.