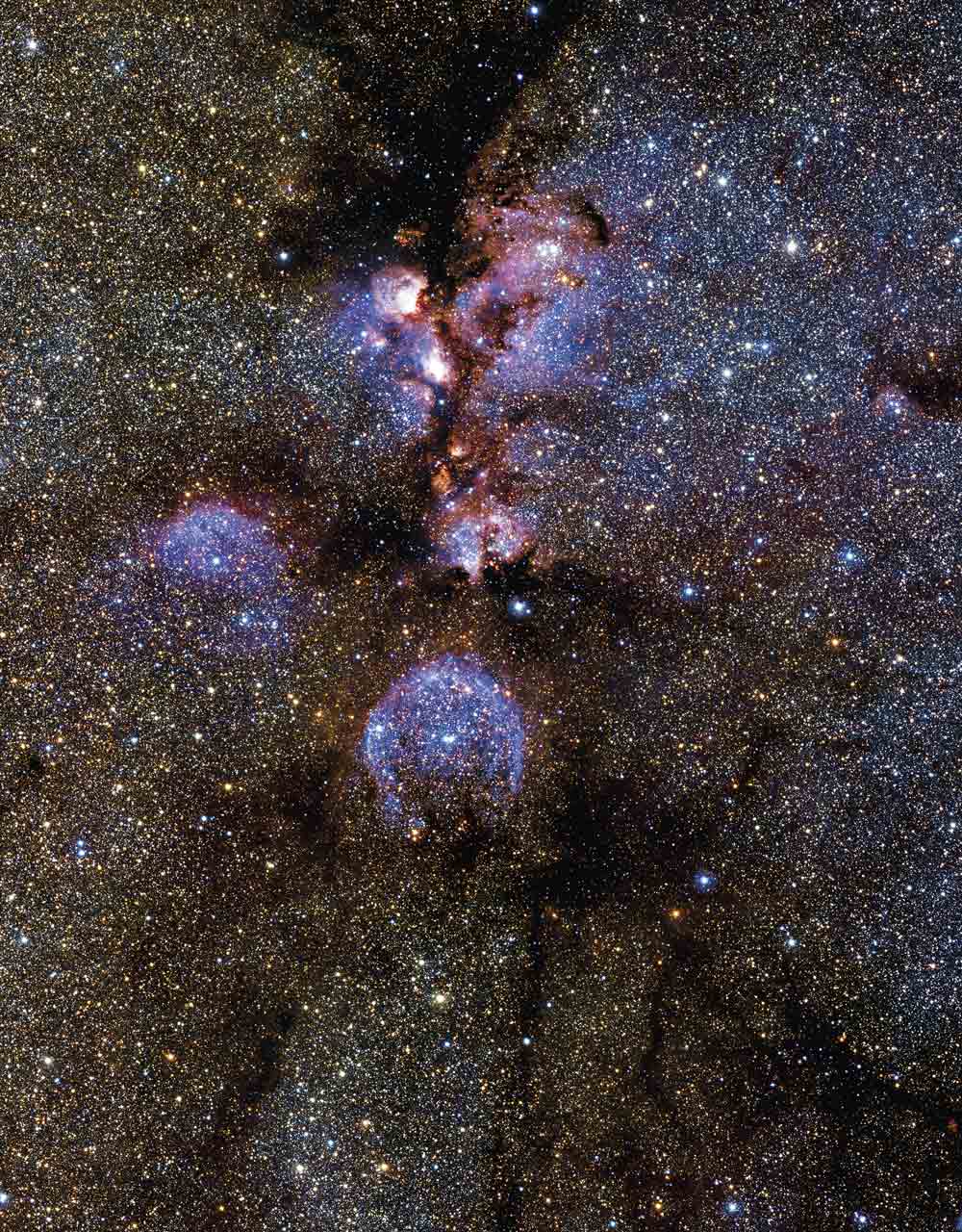 High Resolution Infrared astronomy is difficult to do from the ground, because infrared light is absorbed by water vapor in Earth’s atmosphere. But astronomers are an ingenious lot, and they have resolved this problem by going high and putting their telescopes in space, in high-flying aircraft, and on mountain tops in the high deserts far above much of Earth’s atmosphere. This infrared view of the Cat’s Paw Nebula, NGC 6334, was taken by the VISTA telescope at the Paranal Observatory in northern Chile. NGC 6334 is a star formation region 50 light-years across and 5,500 light-years from Earth in the constellation Scorpius. NGC 6334 is one of the most active nurseries of young massive stars in our galaxy, some nearly ten times the mass of our Sun and most born in just the last few million years.