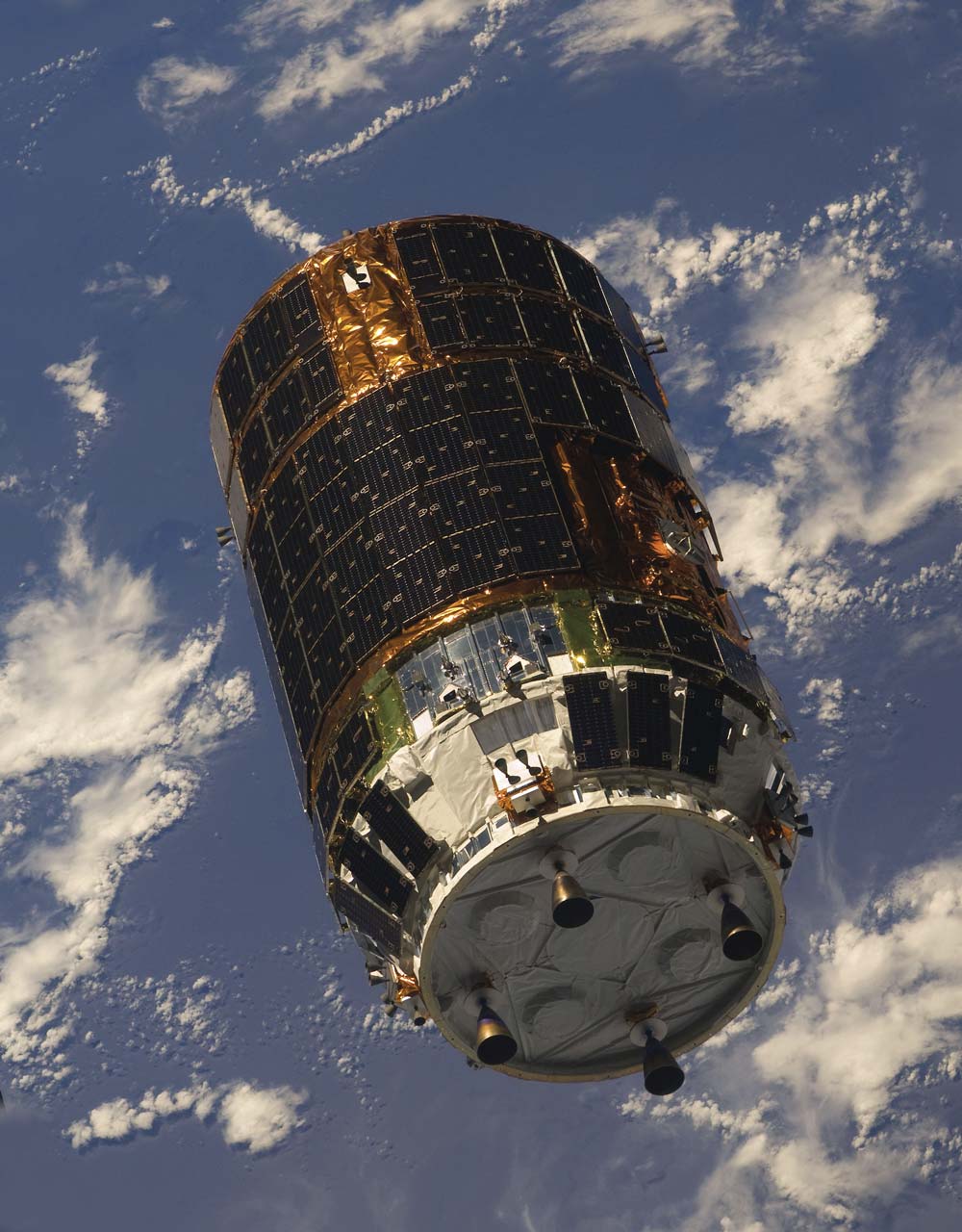 Special Delivery The H-II Transfer Vehicle (HTV) is seen here approaching the International Space Station in September, 2009, just prior to being grappled by the ISS’s Canadarm2 and pulled to a berthing port on the station’s Harmony module. The HTV, built by the Japanese Aerospace Exploration Agency, is the latest in a series of remotely-piloted cargo and resupply spacecraft to regularly service the ISS; however, unlike the more complex Russian Progress or European Automated Transfer Vehicle, the HTV does not have an automated system for docking with the ISS, but simply maneuvers close enough to be grabbed by the ISS robot arm, which executes the final docking itself. The HTV can carry six tons of supplies to the ISS and stay docked for a month, after which it undocks and burns up in the atmosphere.