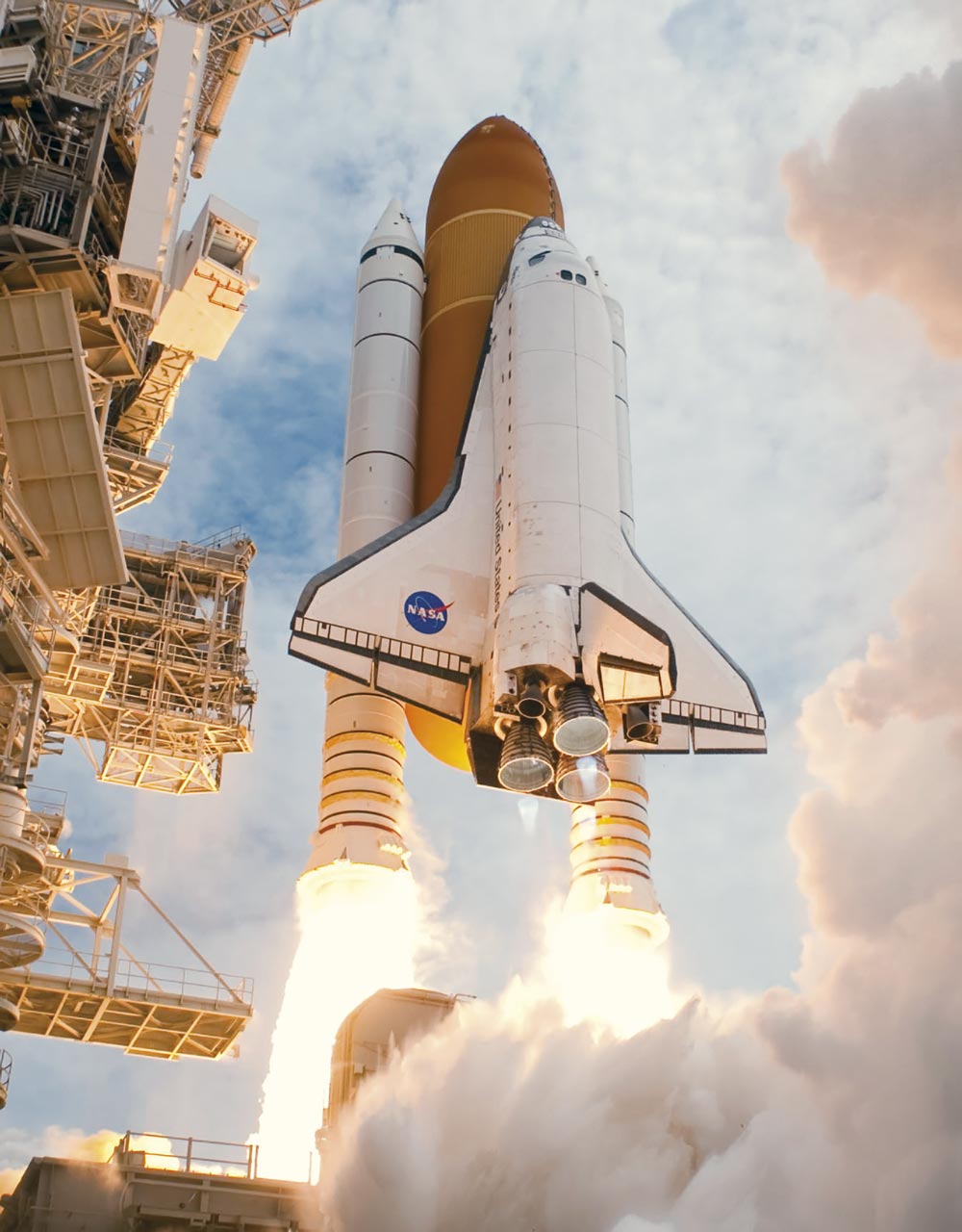 Transforming the Space Frontier Forty years ago this week, President Richard Nixon announced that he was directing NASA to develop “an entirely new type of space transportation system designed to help transform the space frontier of the 1970s into familiar territory, easily accessible for human endeavor in the 1980s and ‘90s.” The Space Transportation System, more commonly known as the Space Shuttle, flew 135 missions beginning with the April 1981 STS-1 mission of the shuttle Columbia, and ending in July 2011 with the STS-135 mission of Atlantis, seen here during its final liftoff. Over those thirty years, five different orbiters flew in space, circling Earth more than 21,000 times and logging more than 800 million kilometers (500 million miles) as a fleet—enough to fly a one-way trip to Jupiter.