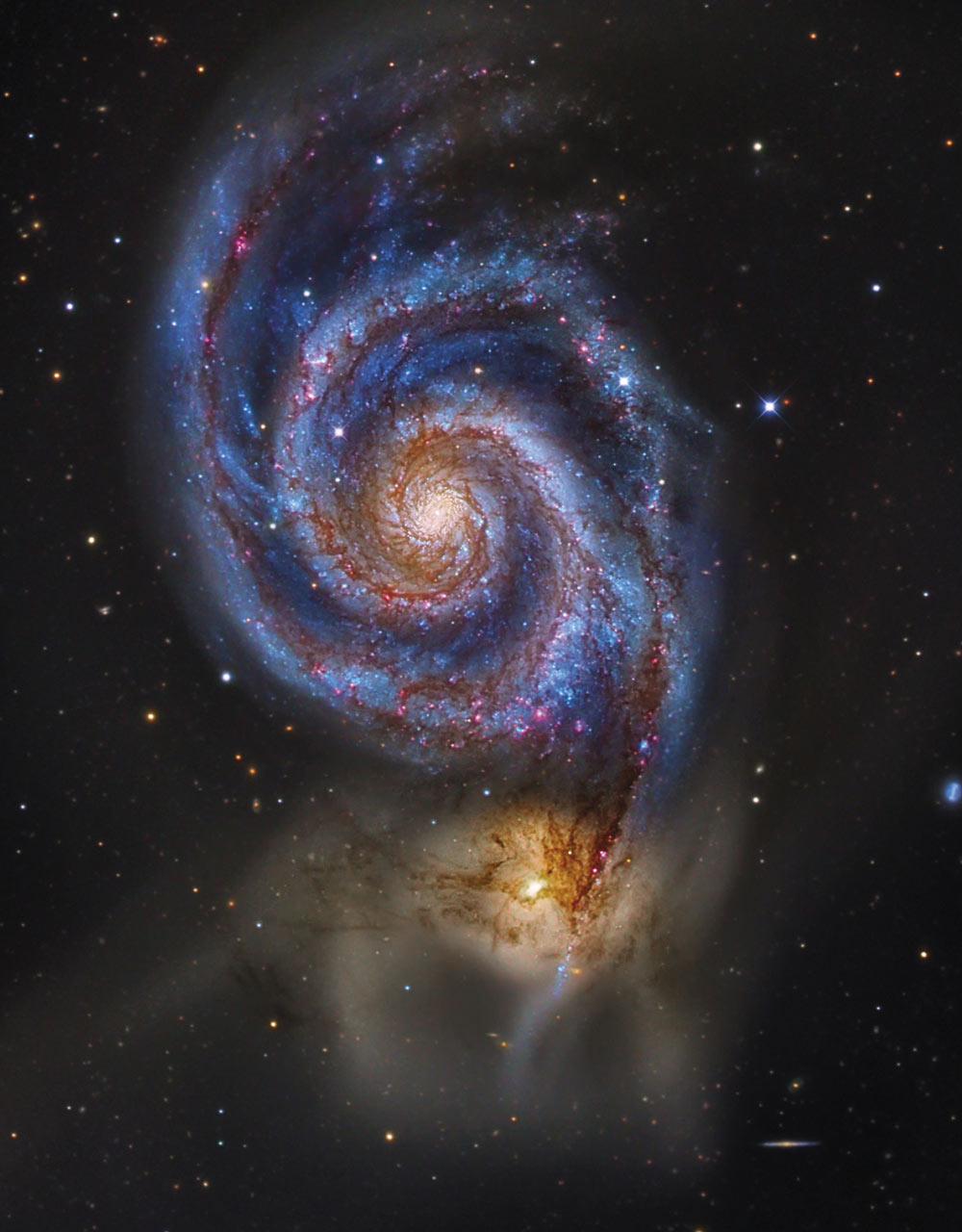 A New Star in Town M51, also called the Whirlpool Galaxy, is actually a pair of colliding galaxies located about 23 million light-years away in the constellation Canes Venatici, not far from the tip of the handle of the Big Dipper. On May 30, 2011, French observer Amédée Riou detected a supernova explosion in the Whirlpool galaxy—the second such event in just six years in M51, which is quickly earning a reputation for being a popular spawning ground for supernovae. Known as SN 2011 dh, the supernova resulted from the collapse of a dying star some twelve to eighteen times as massive as the Sun. In this image of M51, taken by R. Jay GaBany on June 7, 2011, SN 2011 dh appears as a bright white star, located at about the two o’clock position, nestled inside the right-most spiral arm.