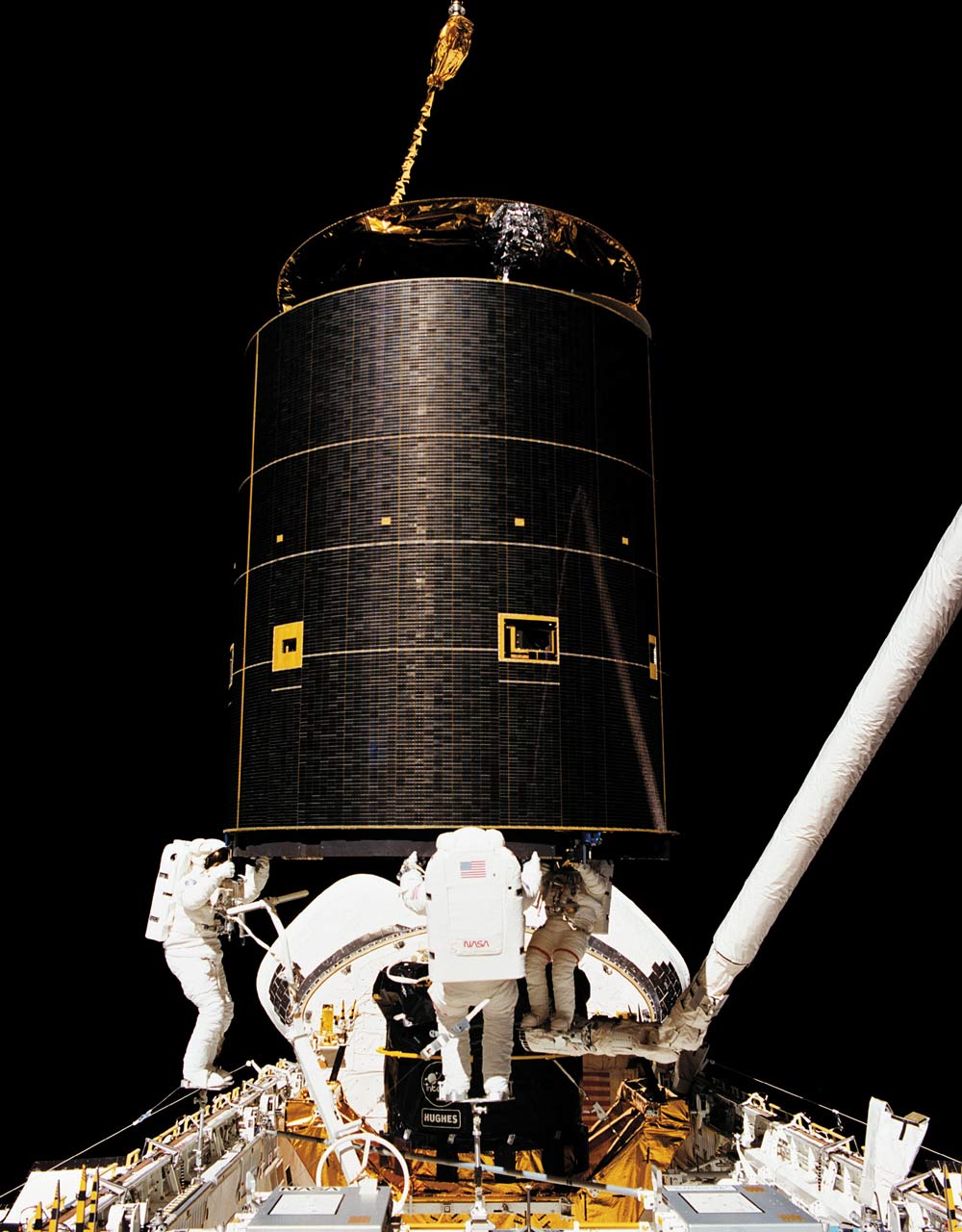 Getting a Grip on INTELSAT The first flight of the space shuttle Endeavour, launched twenty years ago this week, was a resounding success. One of the primary objectives of the STS-49 mission was to capture and repair the INTELSAT VI communications satellite, which had been stranded in a low orbit for over two years. Astronauts Pierre Thuot and Richard Hieb made two spacewalks to try attaching a specially-designed capture bar to the slowly spinning satellite. On their third attempt, they were joined by astronaut Tom Akers, and were able to grab the satellite using nothing more elaborate than a firm grip. After being berthed in Endeavour’s cargo bay, INTELSAT VI was outfitted with a new perigee-kick motor, which later boosted the satellite into its proper geosynchronous orbit.

Jupiter in conjunction with Sun
Neptune 6° south of Moon