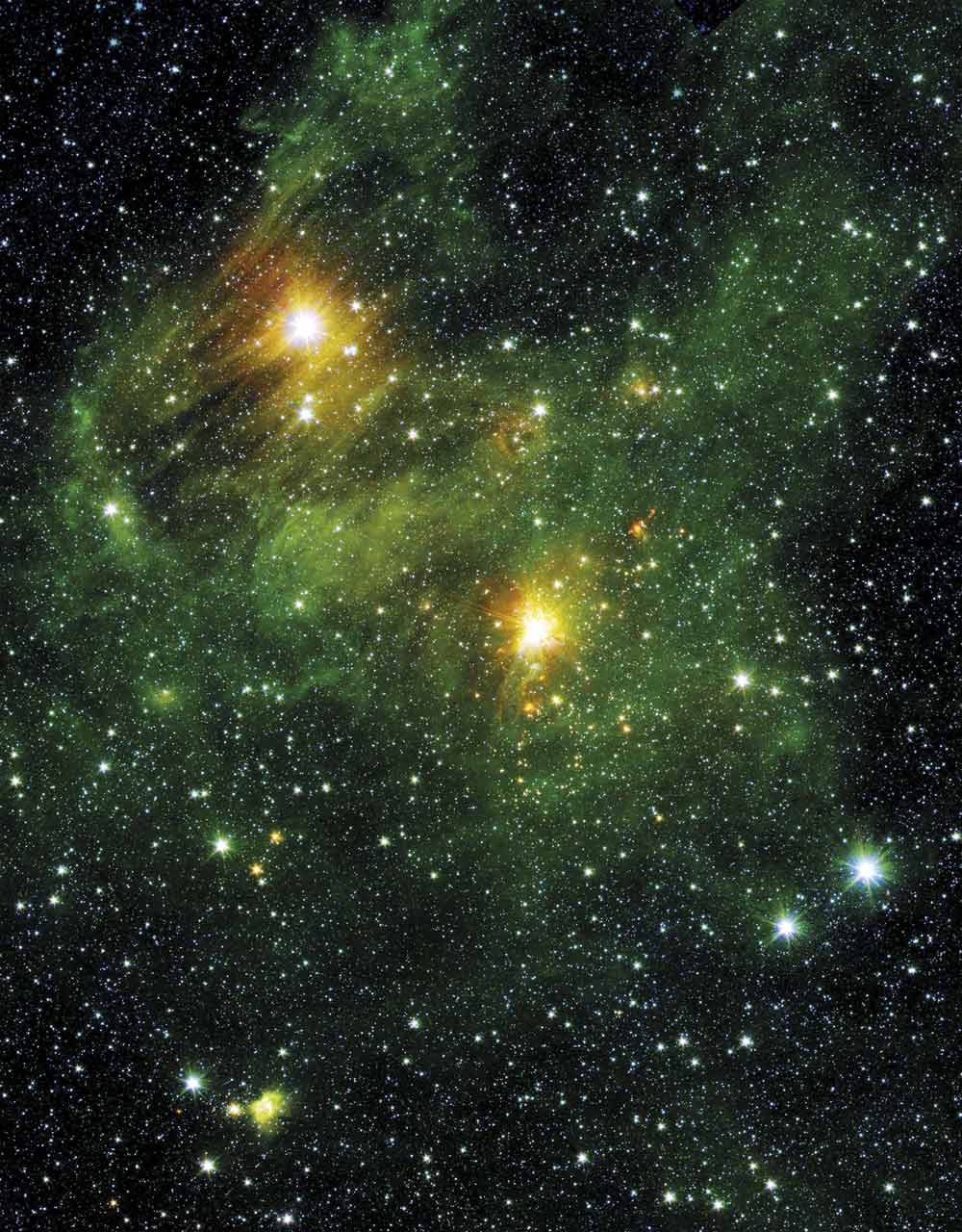 Toss Another Star on the Barbie The green mist in this Spitzer Space Telescope / Two Micron All Sky Survey image is a fog comprised of hydrogen and carbon compounds called polycyclic aromatic hydrocarbons. PAHs are known carcinogens and can occur on Earth in sooty vehicle exhaust, in smoked fish, and in meat that has been grilled at high temperatures on a barbeque. In space, PAHs form in the dark clouds that give rise to stars, and their presence allows astronomers to visualize the peripheries of gas clouds and study their structures in great detail. PAHs are not actually green; they glow in the infrared light that Spitzer sees and which is represented by green in this false-color image. Strange streaks—likely dust grains that lined up with magnetic fields—distort the star in the top left.