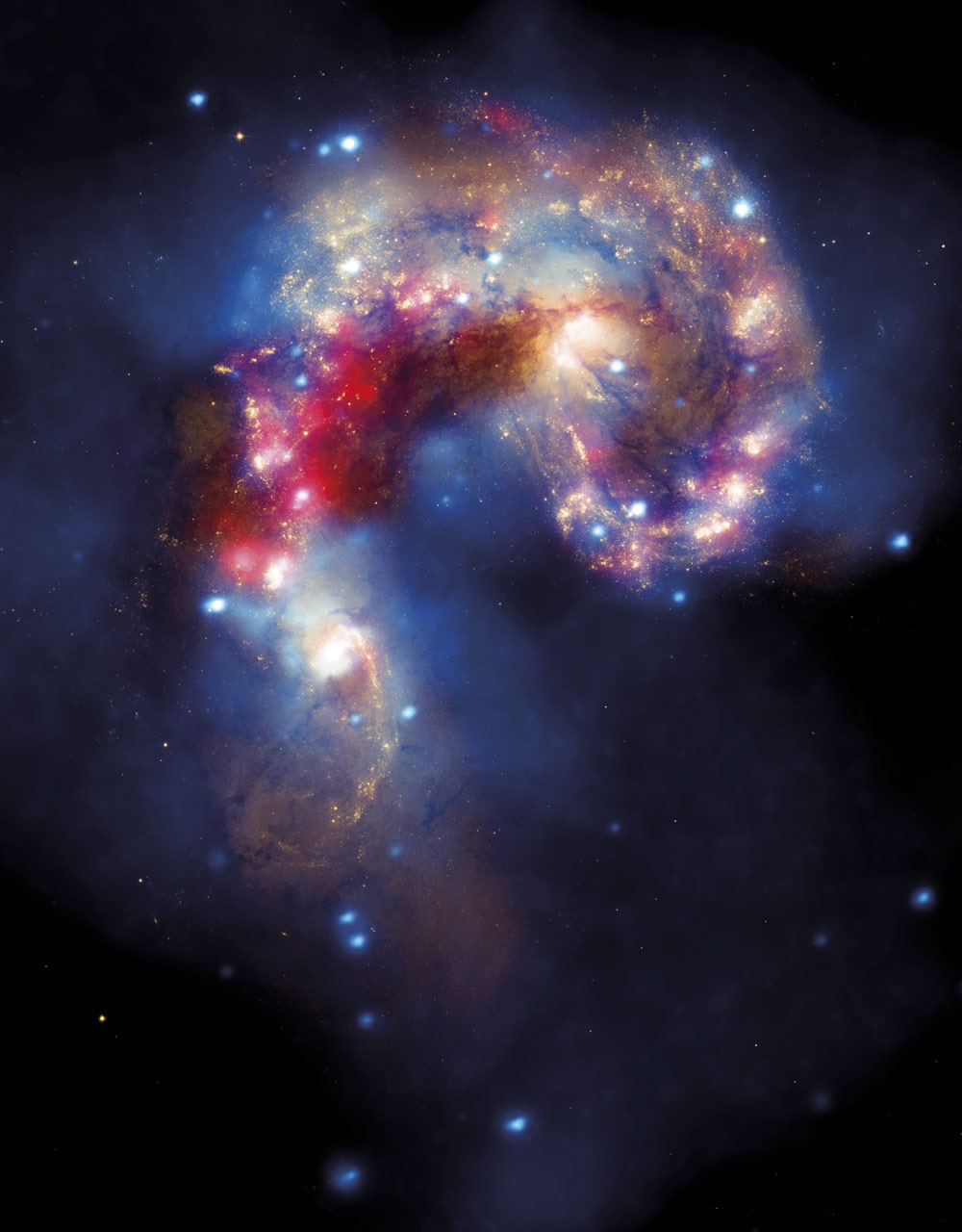 Tuning in the Antennae Galaxies The collision of Antennae Galaxies, about 62 million light-years away, was captured by three space telescopes. This composite image combines data from the Chandra X-ray Observatory (blue), the Hubble Space Telescope (gold and brown), and the Spitzer Space Telescope (red). The Antennae galaxies take their name from the long antenna-like “arms” seen in wide-angle views of the system. These features were produced by tidal forces generated in the collision. The collision, which began more than 100 million years ago and is still occurring, has triggered the formation of millions of stars in clouds of dust and gas in the galaxies. The most massive of these young stars have already sped through their evolution in a few million years and exploded as supernovas.