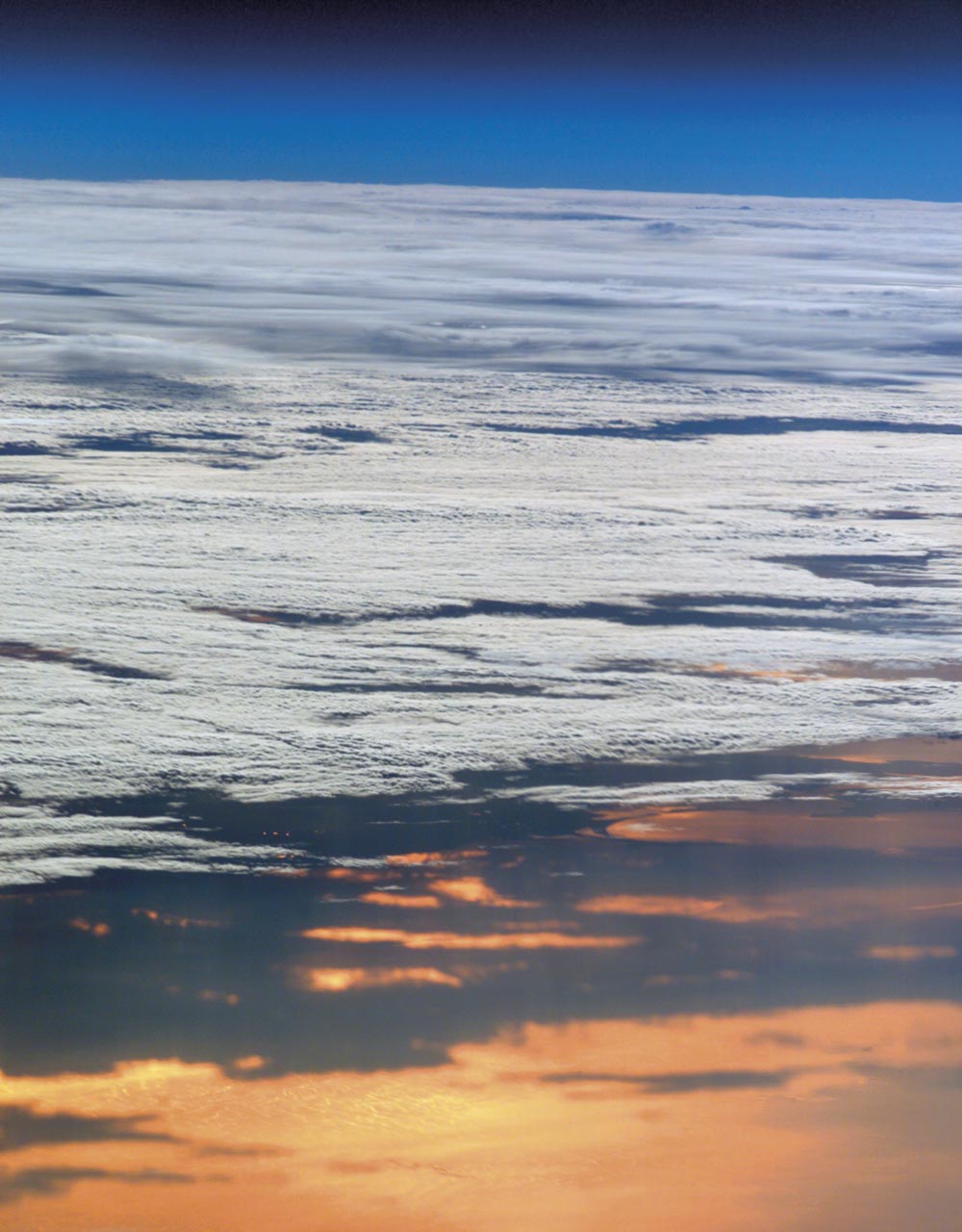 Remembering Columbia Ten years ago this week the space shuttle Columbia tragically ended its sixteen-day multi-disciplinary microgravity and Earth science mission. During the ascent to orbit, a piece of insulating foam struck and damaged the leading edge of the orbiter’s left wing. During reentry, hot gases penetrated inside the damaged area, causing the orbiter to become unstable and disintegrate. All seven astronauts aboard perished. As a result of the accident, all shuttles were grounded until 2005, and NASA embarked on a new era in space exploration that involved retiring the shuttle fleet in 2011 and developing the Orion Multi-Purpose Crew Vehicle for human flights to the Moon, Mars, and near-Earth asteroids. This image from orbit was taken just a few days before the fateful end of STS-107.