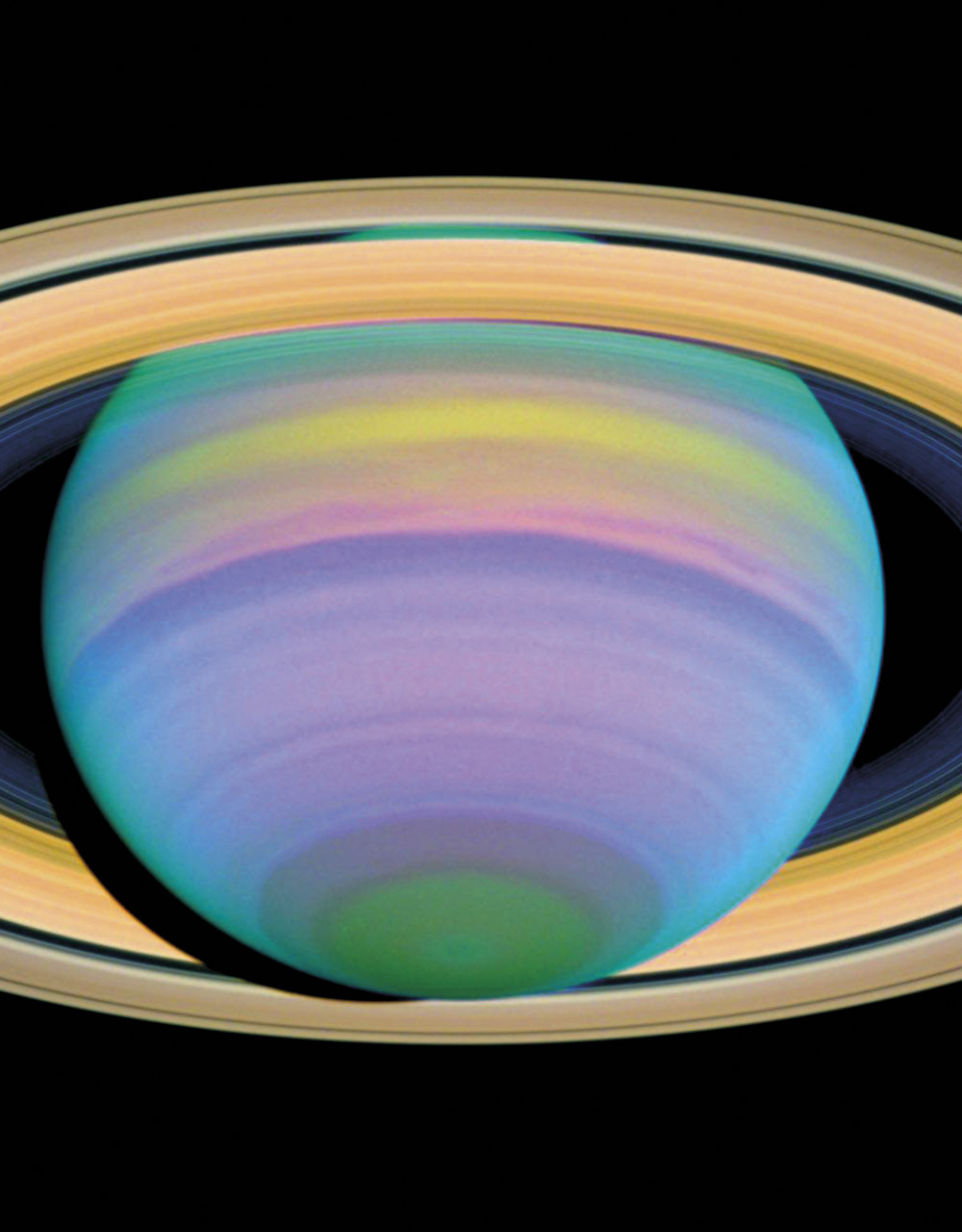 Large, But Not This Large Saturn reached opposition on April 28, which means it is opposite the Sun as seen from Earth. Only celestial objects in the outer solar system (relative to Earth) can reach opposition. At opposition an object rises at sunset and is visible all night. It’s also the time when Earth is closest to the object and the object appears largest. The farther away the object is during opposition, the less pronounced the difference in size. Mars can appear 600% larger during opposition than it does when it is on the opposite side of the Sun. Jupiter appears about 60% larger, and Saturn about 33% larger. Although opposition refers to a precise moment, changes in apparent size are gradual, taking place over the course of weeks or months. This 2003 ultraviolet view of Saturn is from the Hubble Telescope.