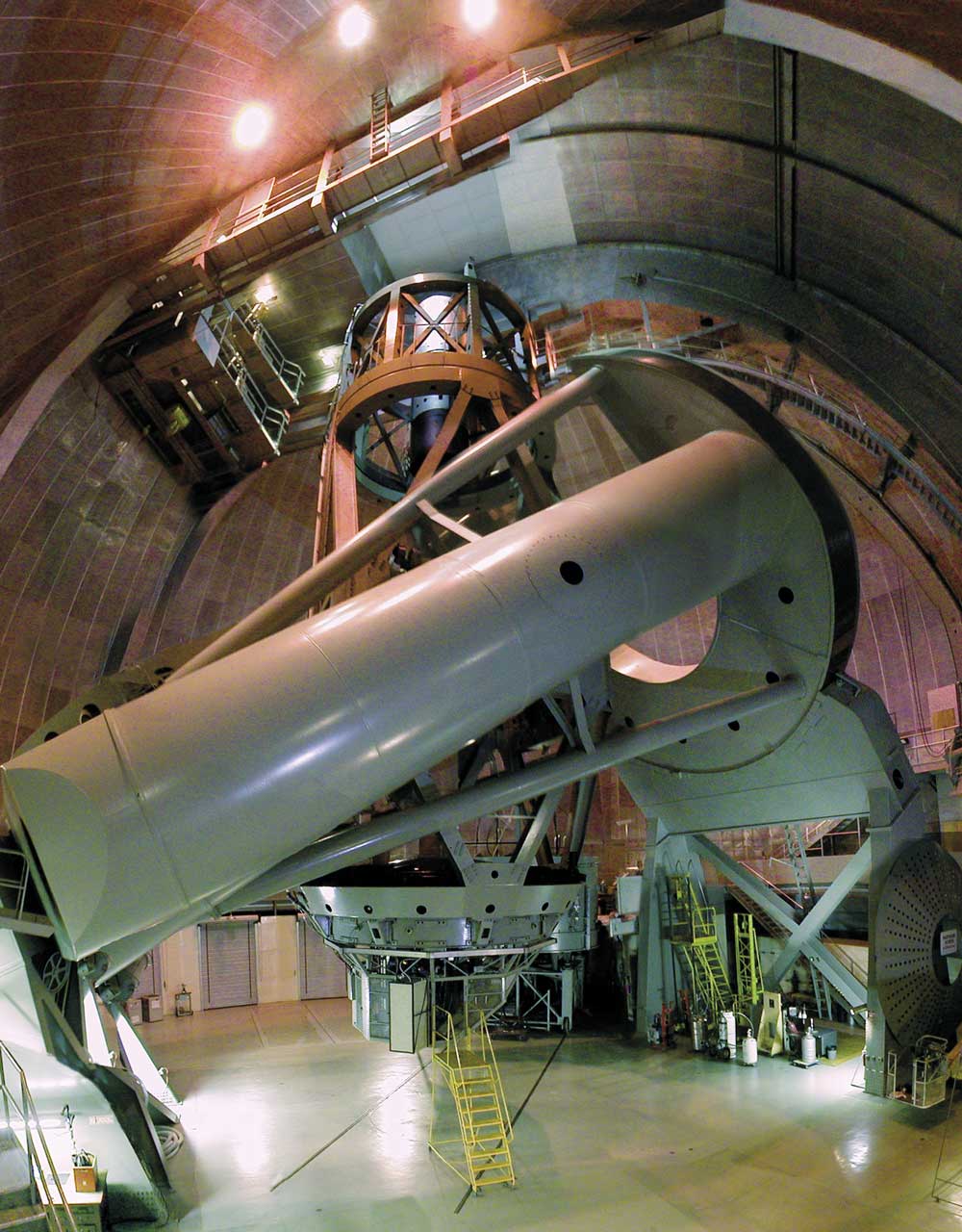 Glass Giant of Palomar George Ellery Hale was an American solar astronomer whose knack for fundraising resulted in the creation of some of the leading observatories in the world, including Yerkes, Mount Wilson, and Mount Palomar. Sixty-five years ago this week, the enormous 5.1-meter (200-inch) telescope at Mount Palomar was dedicated, posthumously, in his honor. A contemporary account of the dedication ceremony states that “the huge instrument swung north and south, east and west, as smoothly as if it were a veteran of the skies. It seemed incredible that a piece of machinery weighing 500 tons could be controlled so easily by only a 1/12-horsepower motor.” Between 1948 and 1993, the Hale Telescope was the world’s largest, and it continues to be used regularly, a true veteran of the skies.