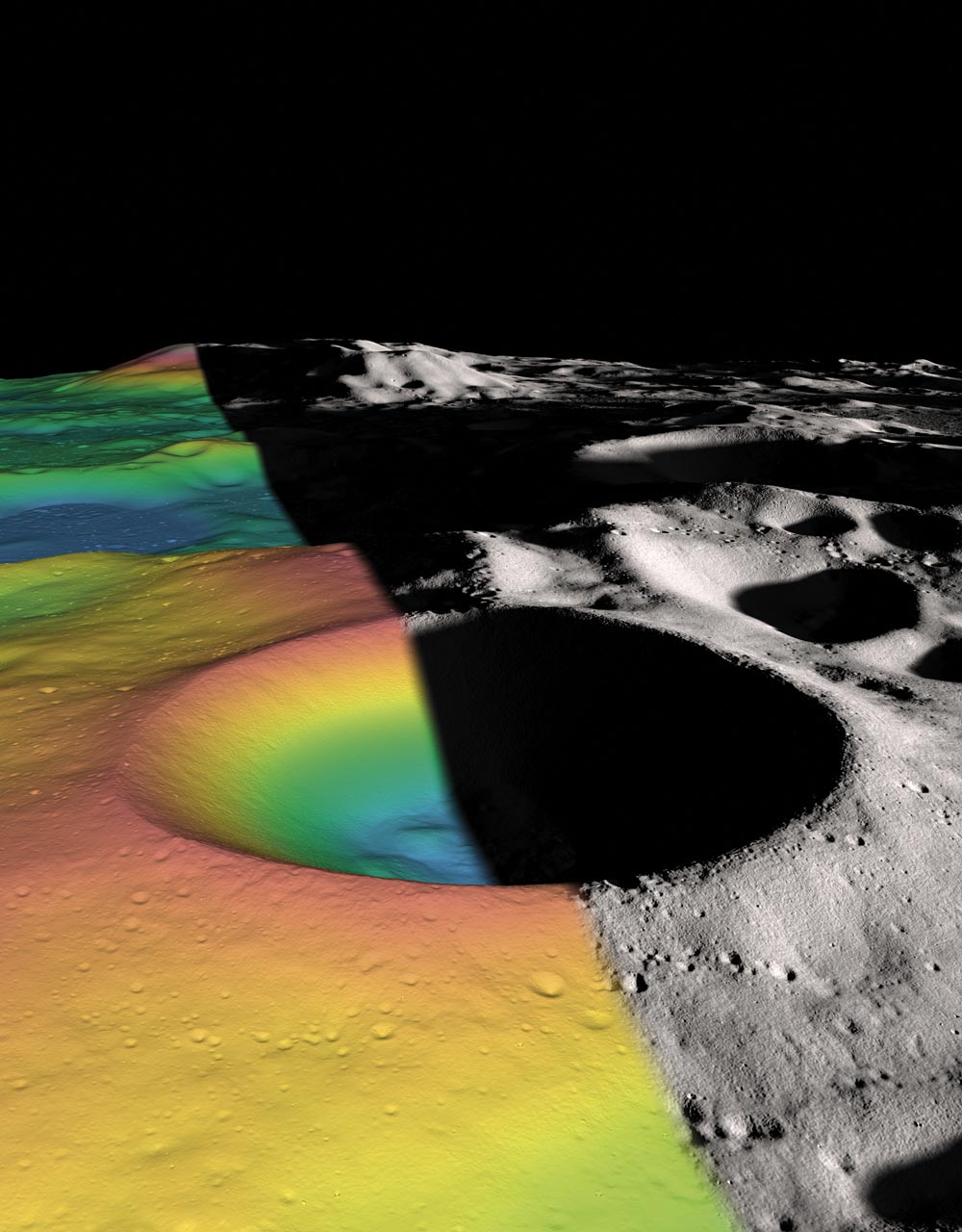 Icy Endurance Shackleton Crater, at the Moon’s south pole, is named for the Antarctic explorer Sir Ernest Shackleton, who led his ill-fated Endurance expedition through one of the most harrowing journeys in polar exploration history. The crater has much in common with Earth’s south pole: darkness, cold, and, it turns out, ice. When researchers used the Lunar Reconnaissance Orbiter’s laser altimeter to examine the floor of Shackleton crater, they found it to be brighter than the floors of other nearby polar craters, which is consistent with the presence of small amounts of reflective ice preserved by cold and darkness. The team even found signs of ice on the walls of the crater, which, unlike the crater floor, are sometimes exposed to sunlight. Colored elevation data is superimposed on the surface image above.