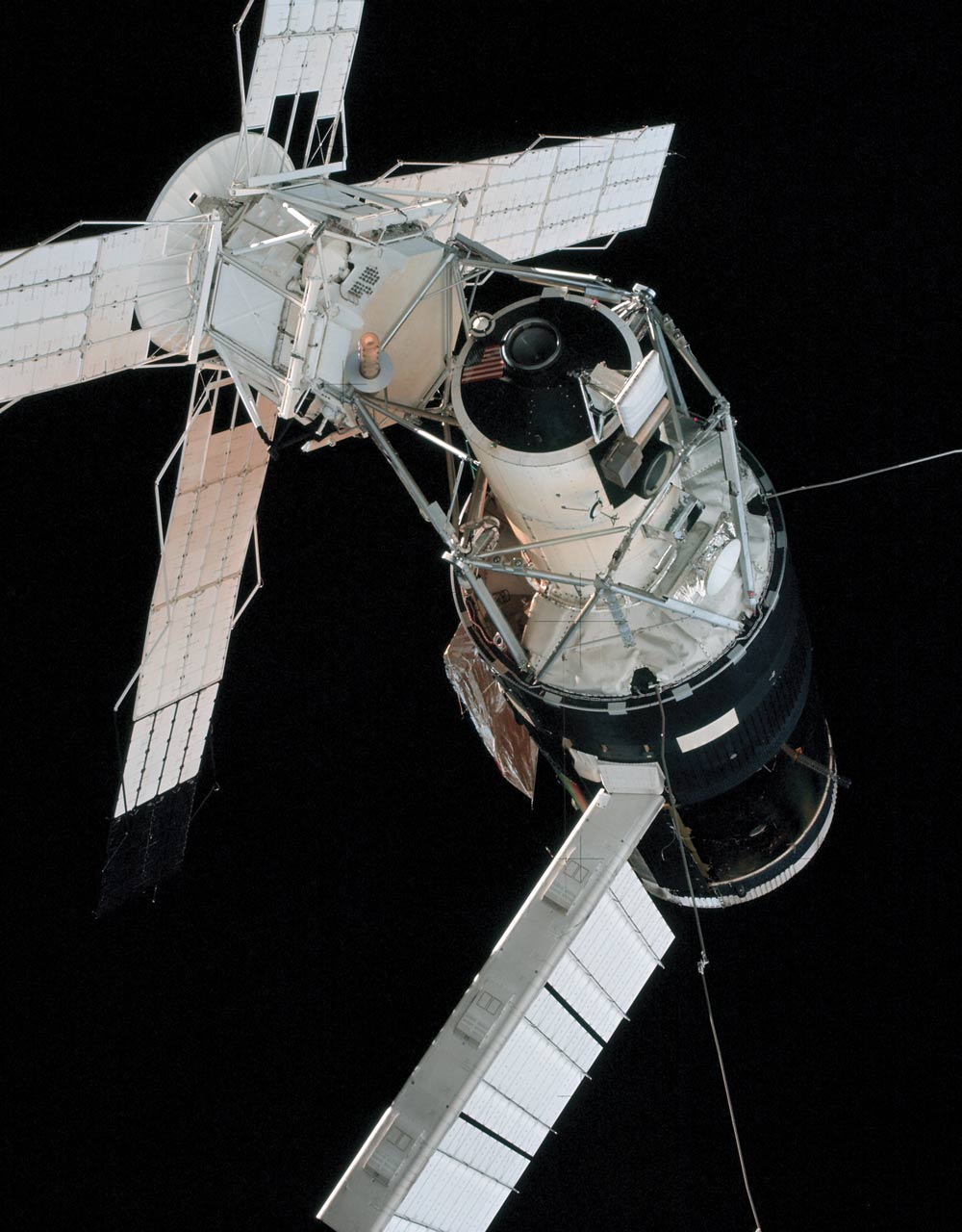 More Records, More Repairs The second crew to visit Skylab left Earth forty years ago this week. Astronauts Owen Garriott, Jack Lousma, and Alan Bean caught up with the orbiting space station just eight hours after launch. In the photo above, taken during their arrival fly-around inspection, Skylab’s missing solar panel is obvious, as is the insulating solar shade draping over the top of the station that the previous crew deployed to compensate for protective shielding that was lost during liftoff. After a few days of motion sickness upon their arrival at Skylab, the crew was able to perform more repairs and maintenance on the damaged station. During their fifty-nine days in space (a new record for space endurance) the astronauts conducted nearly fourteen hours of space walks (another record).