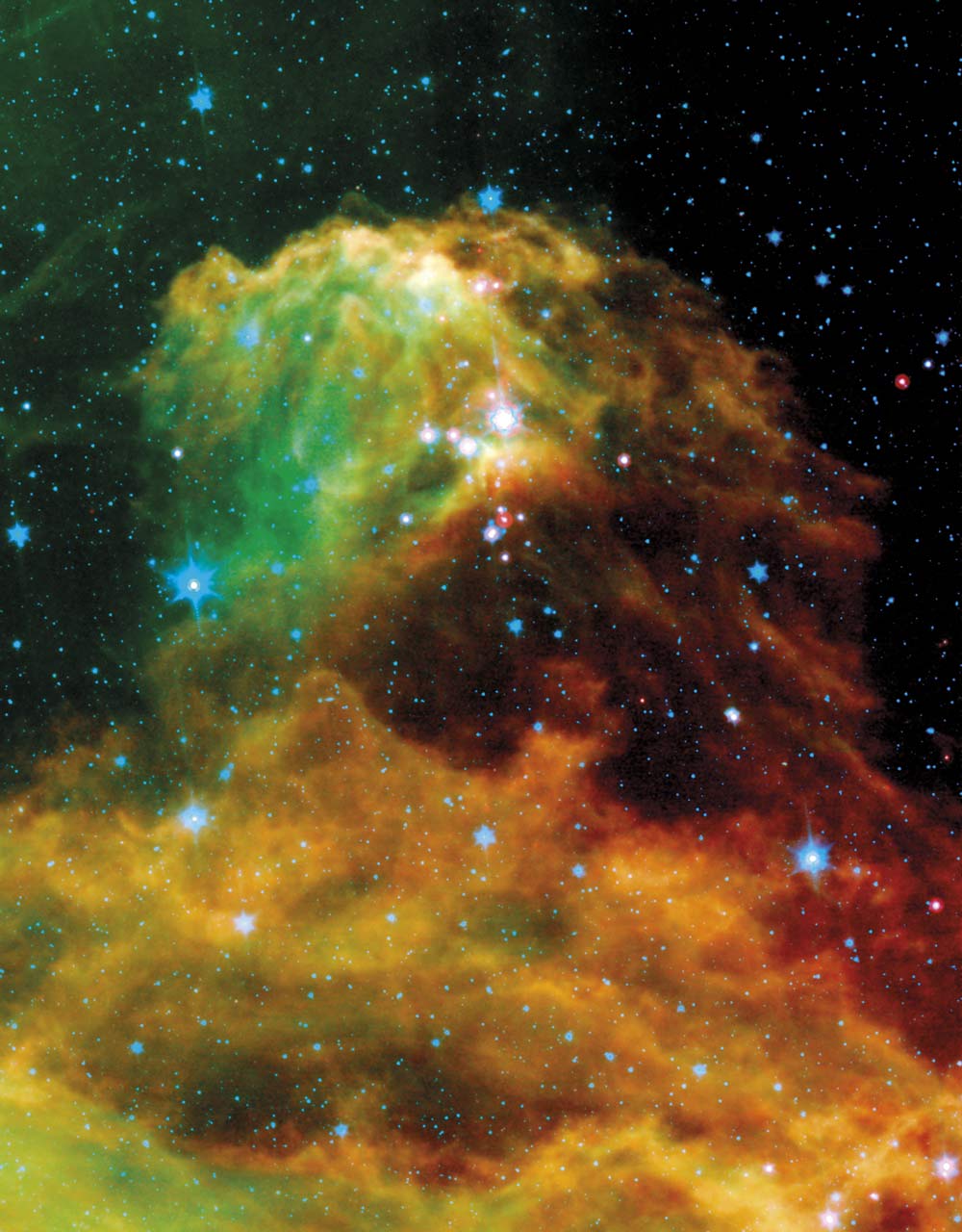 Hatching in the Hunter’s Head This colorful Spitzer Space Telescope image shows infant stars “hatching” in a dust cloud in the constellation Orion the Hunter. Astronomers suspect that shock waves from a supernova explosion in Orion’s head three million years ago may have initiated this newfound birth. This area is located approximately 1,300 light-years away and sits on the right side of Orion’s head. Wisps of green are organic molecules called polycyclic aromatic hydrocarbons, formed anytime carbon-based materials are burned incompletely. Tints of orange-red are dust particles warmed by the newly-forming stars. The reddish-pink dots are very young stars embedded in a cocoon of cosmic gas and dust. Blue spots in the image are background stars in the Milky Way along our line of sight.