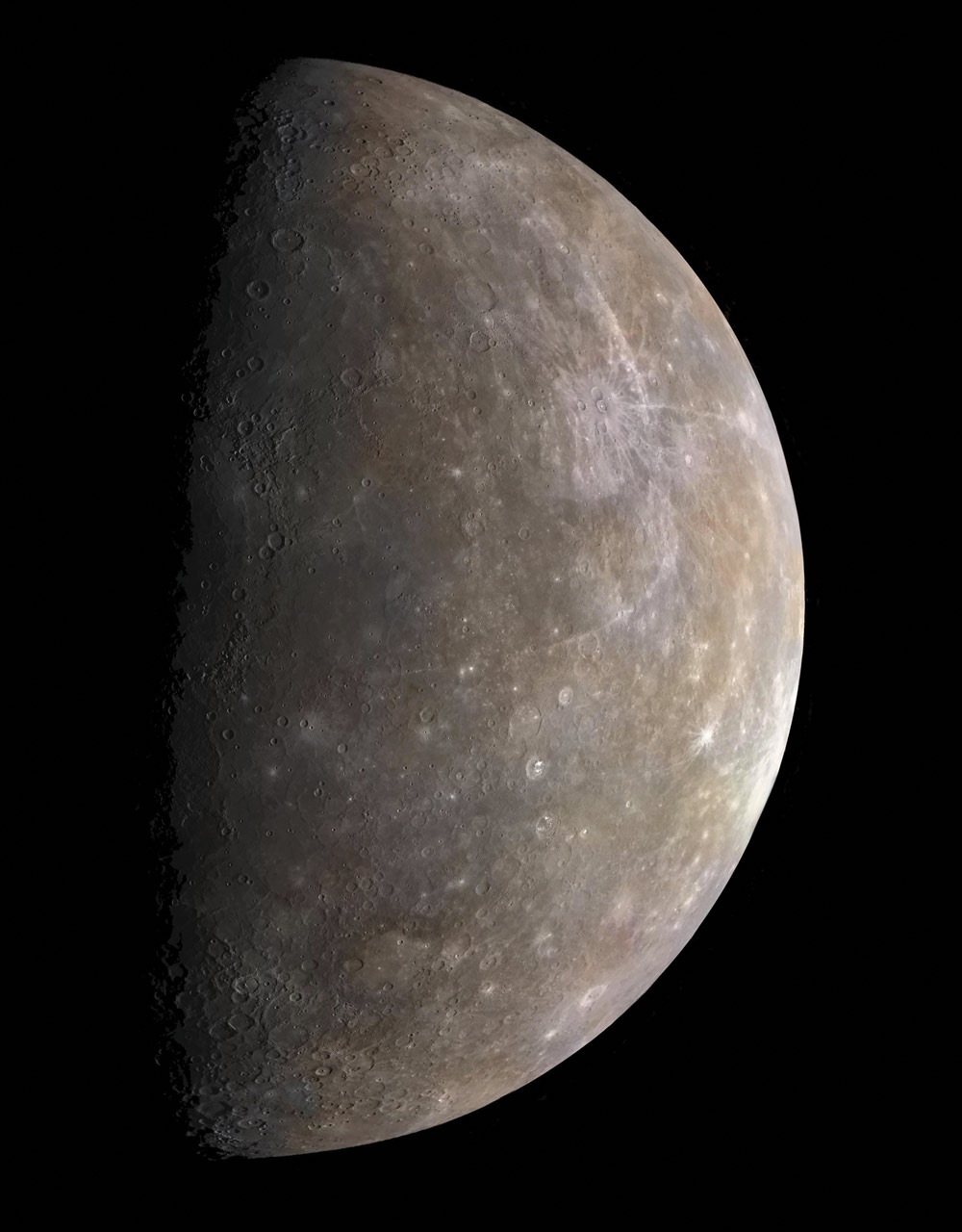 Planetary Billiards Engineers had long suspected that a spacecraft, flying close to a planet, could use that planet’s gravity to alter the spacecraft’s trajectory and increase its speed, allowing it to reach yet another planet without any further fuel expenditure. Forty years ago this week, theory became reality with the launch of Mariner 10, the first spacecraft to implement this “gravity assist” technique. As it flew past Venus in February 1974, Mariner 10 used Venus’s gravity to speed toward a series of three encounters with Mercury over the next year. This seamless mosaic of images of the innermost planet is based on data acquired by Mariner 10 on the outbound leg of its first flyby of Mercury on March 29, 1974. Mariner 10 passed by Mercury again on September 21, 1974, and March 16, 1975.