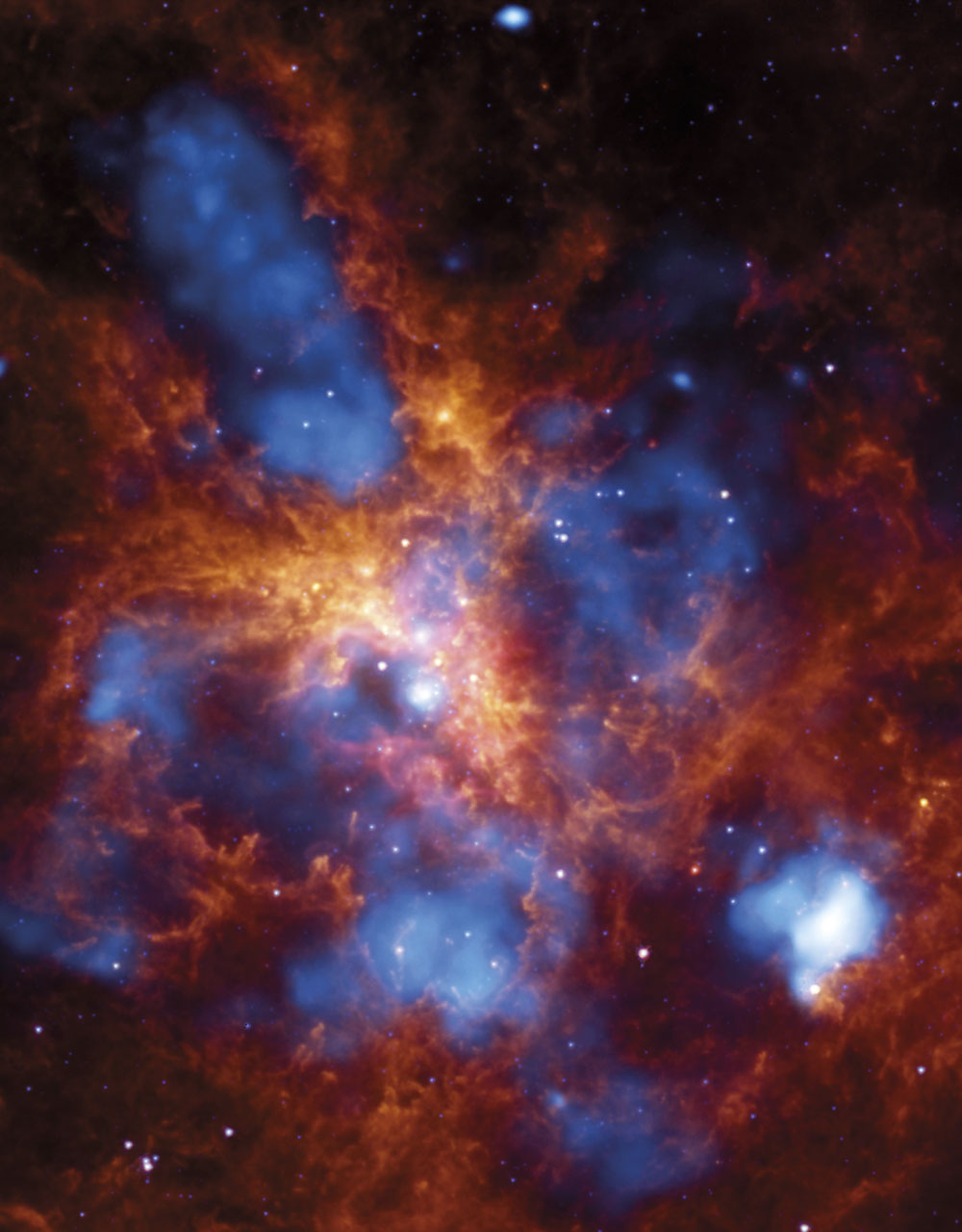 The Tarantula Within This spiderweb-like tangle of gas and dust is a star-forming region called 30 Doradus, also known as the Tarantula Nebula. It is one of the largest such regions located close to the Milky Way galaxy, and is found in a neighboring galaxy known as the Large Magellanic Cloud. About 2,400 massive stars in the center of 30 Doradus are producing intense radiation and powerful winds as they blow off material. Multimillion-degree gas detected in X-rays (blue) by NASA’s Chandra X-Ray Observatory comes from shock fronts—similar to sonic booms—formed by these stellar winds and by supernova explosions. This hot gas carves out gigantic bubbles in the surrounding cooler gas and dust, shown here in infrared light from NASA’s Spitzer Space Telescope (orange).