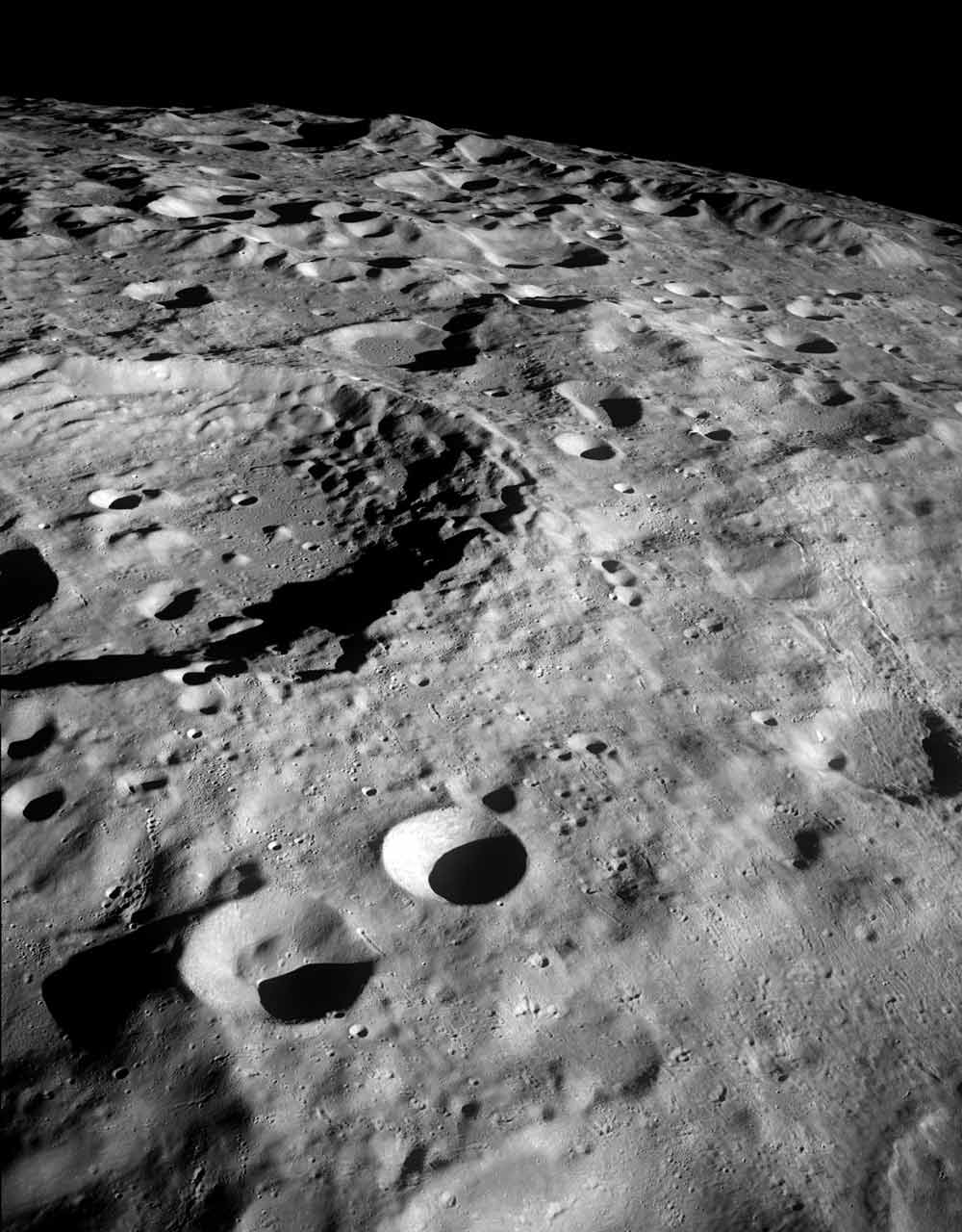 In the Beginning... The Apollo 8 mission was originally intended to be an Earth-orbital test of the Lunar Module, and the first lunar-orbital flight was not scheduled until later. But production delays with the LM and growing confidence in the new Saturn V booster gave flight planners a reason to juggle the mission schedule and send Apollo 8 into lunar orbit. The risky decision—it was only the third flight of the Saturn V—paid off and accelerated the pace of the Apollo program. When Apollo 8 arrived in lunar orbit forty-five years ago this week, one billion people watched or listened to the crew’s Christmas Eve broadcast, during which they took turns reading passages from the Book of Genesis as the stark lunar landscape unfolded below them. The prominent feature in this lunar farside image is the crater Doppler.