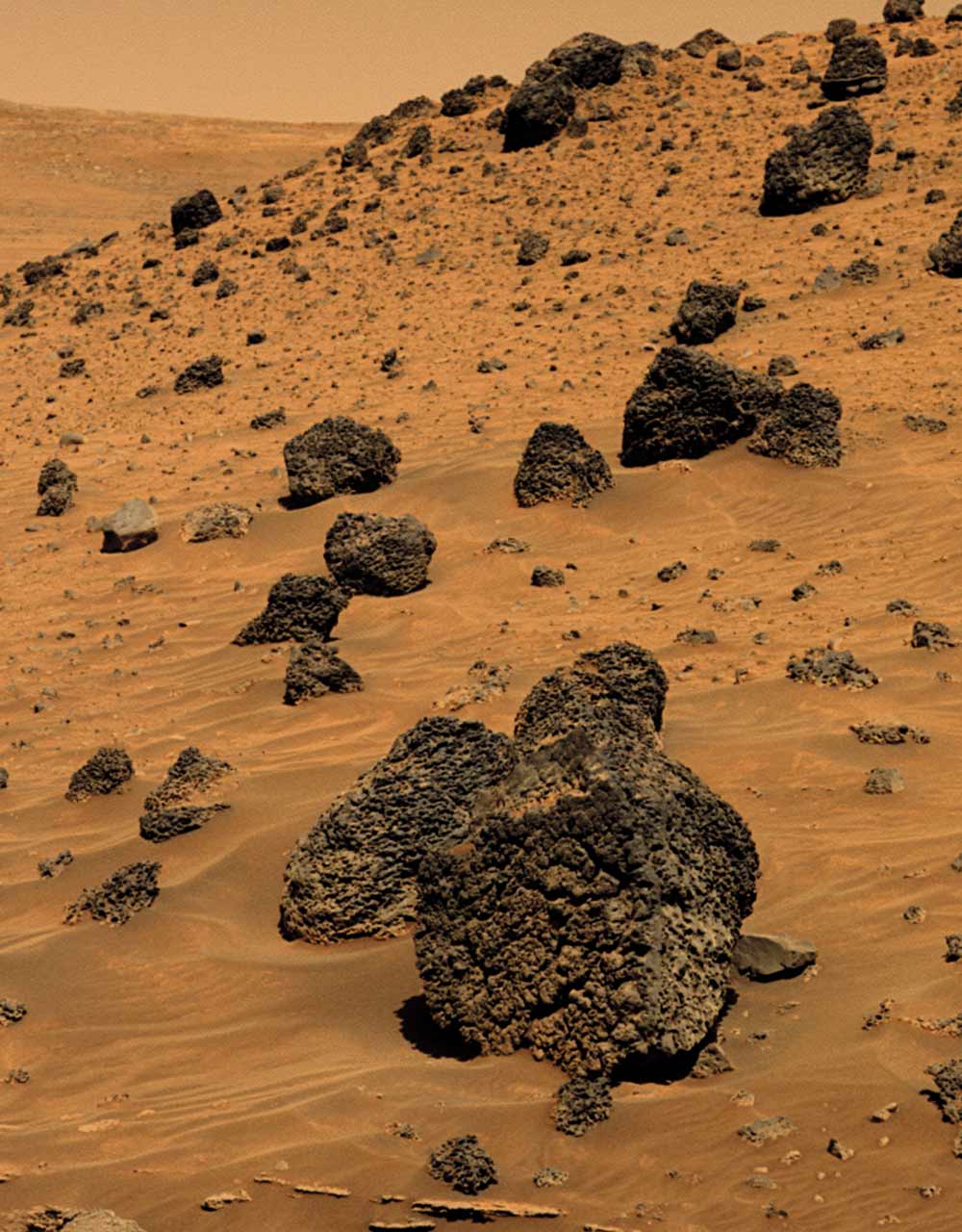 Lonely Rover When the Mars Exploration Rover Spirit bounced to a landing on the Red Planet ten years ago this week, it was the only working rover on Mars until its twin, Opportunity, touched down on the opposite side of Mars three weeks later. By then, Spirit had already begun a journey of exploration across Mars that would eventually cover 7,730 meters (4.8 miles) over the next seven years. In 2006, while exploring the region known as “Low Ridge,” Spirit spotted this field of dark, volcanic rock fragments pocked with rounded holes called vesicles, which formed when the ancient lava was cooling. The large boulder is about 40 centimeters (16 inches) tall and about 5 meters (16 feet) away from Spirit. In May 2009, Spirit became stuck in soft sand but continued to transmit data until March 2010.