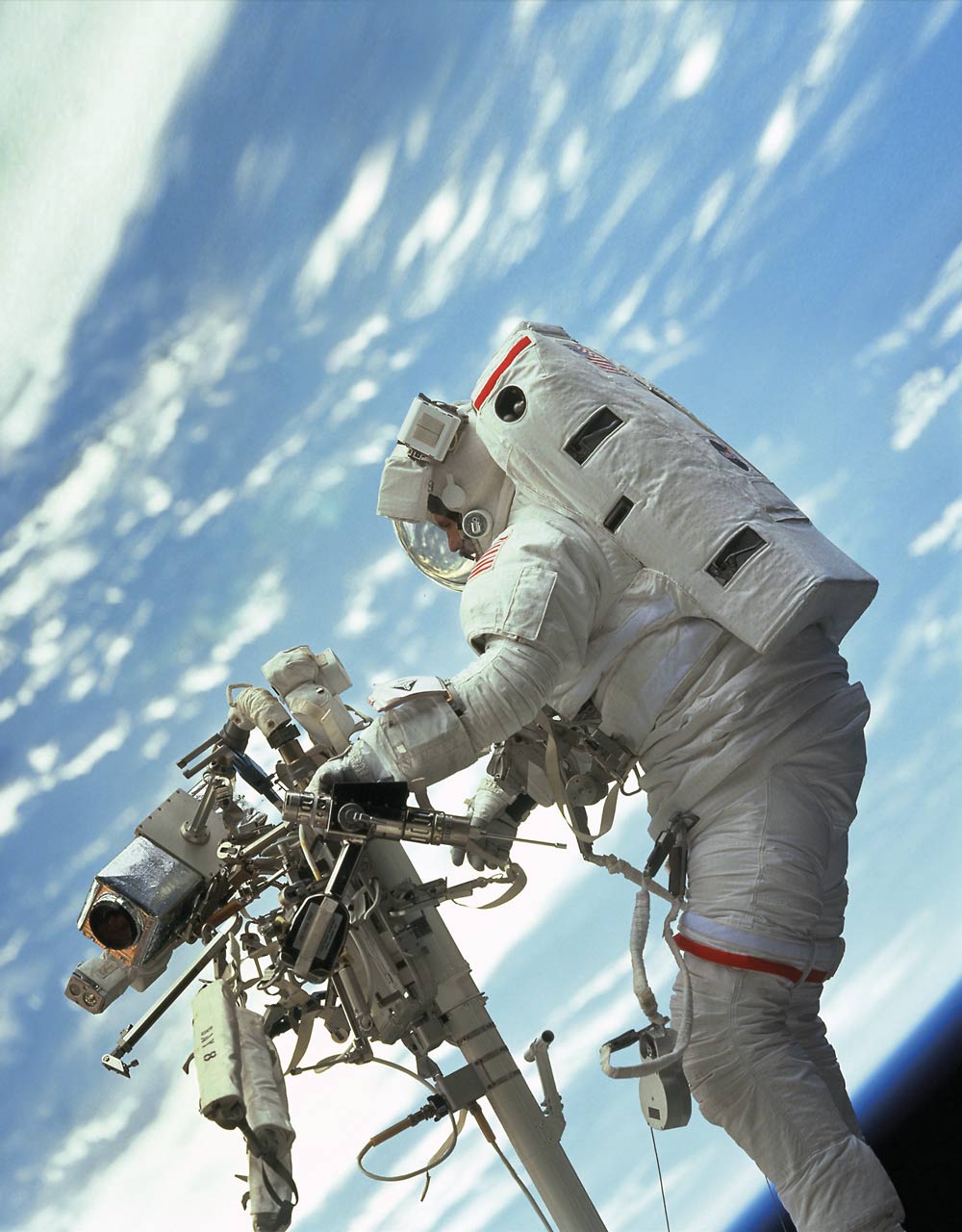 Tool Time The first power tool designed for use in space was demonstrated fifty years ago this week by Black & Decker. The power drill was similar to a regular home drill, with one important exception: the case and the chuck were designed in a way that canceled out almost all reactive torque. This is essential in the weightless environment of space, where an unanchored astronaut would tend to rotate in the opposite direction of the spinning chuck while the drill bit remained motionless. Specially modified power tools have become essential components of space repair missions. In this image, STS-103 astronaut Steven Smith retrieves a drill from a tool carrier while standing on the mobile foot restraint at the end of the shuttle robot arm during the third Hubble Space Telescope servicing mission in 1999.