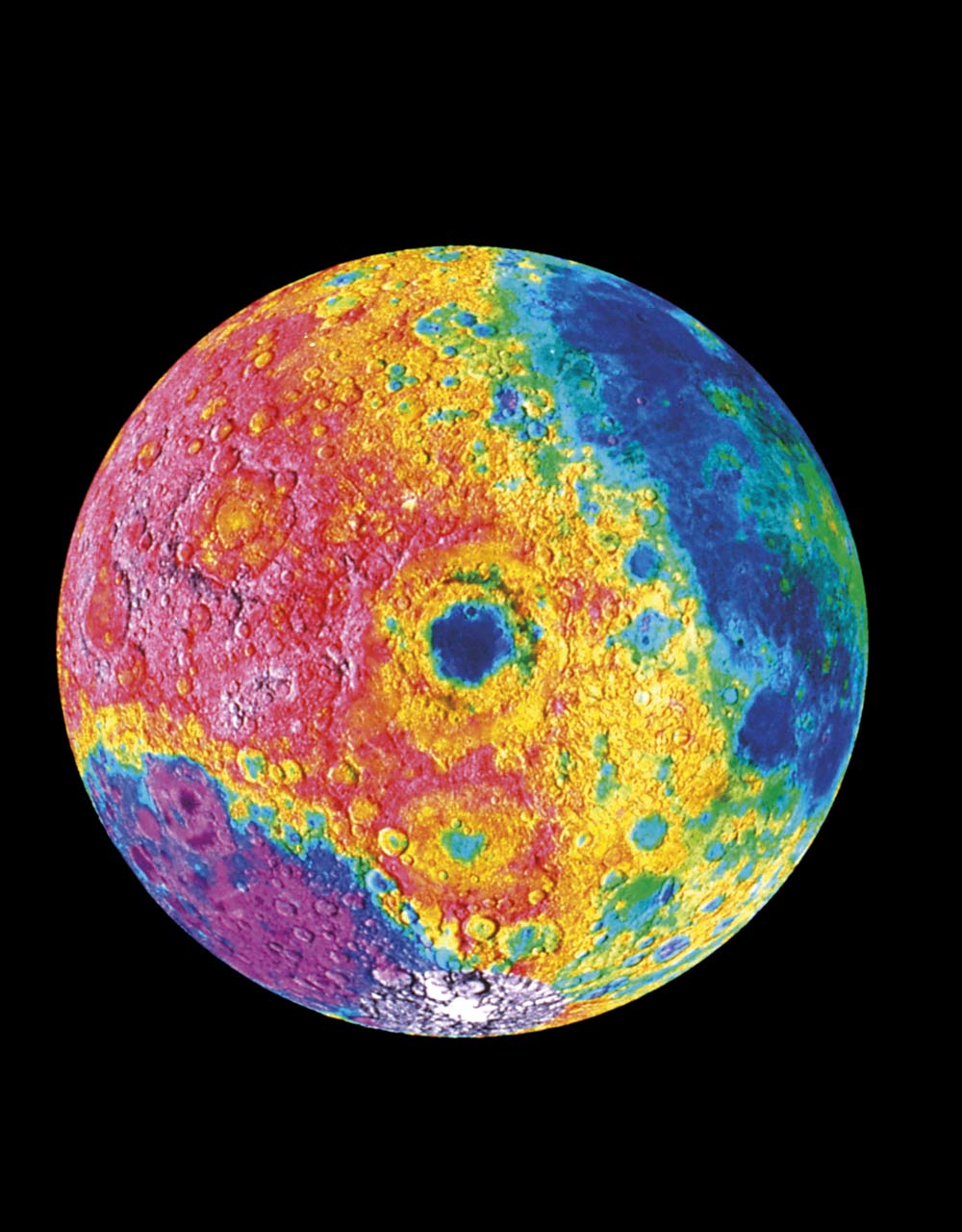 Darling Spacecraft Twenty years ago this week the Clementine spacecraft began an ambitious journey to the Moon. A fast-track project of NASA and the Department of Defense (from initial concept to launch in under two years), Clementine spent seventy days orbiting the Moon, capturing 1.8 million multi-spectral images of the Moon’s surface. Clementine also used a laser altimeter to create a detailed relief map of the Moon’s surface. On this map, the deepest areas are purple or blue, the highest areas are red or pink. The most prominent feature here is Mare Orientale (blue), the 320 km (200 mi) wide floor of an ancient impact crater, whose higher concentric rings span 900 km (560 mi) in diameter. The large Aitken Basin, in purple on the lower left edge, is one of the lowest elevation areas on the Moon.