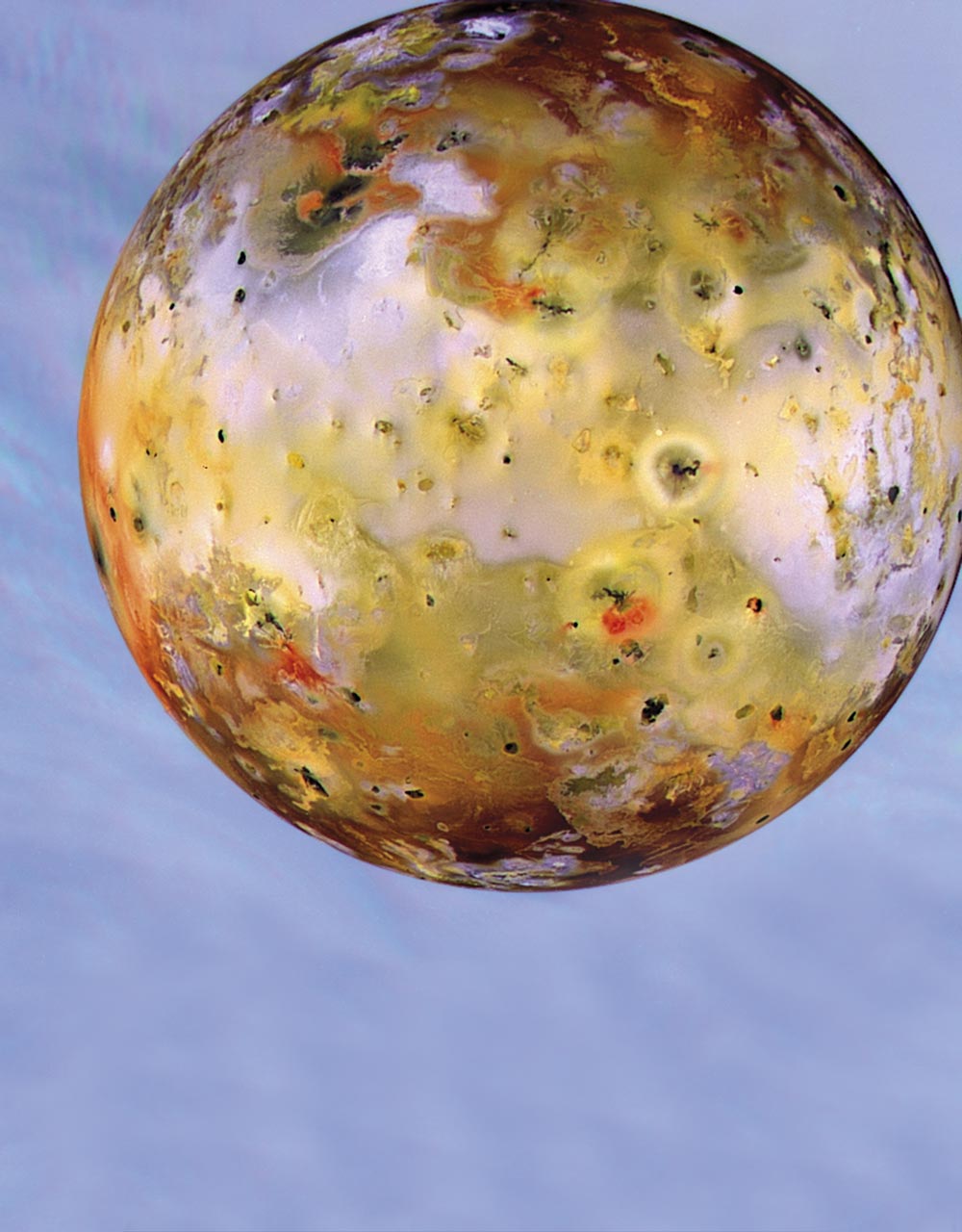 College Dropout Moves the World Born 450 years ago this week, Galileo Galilei entered the University of Pisa to study medicine. His real interest, however, was mathematics; he was bored by his other classes, was frequently absent, and ultimately left the University without a degree. A brilliant mathematician and theorist, Galileo became the first person to observe the sky with a telescope, and in 1610 he discovered four moons orbiting Jupiter, a fact that shattered the theory of the Earth-centered universe and relegated Earth to its proper, albeit humbler, position as one of many planets that orbit the Sun. Shown here is volcanic Io, the innermost of the four Jovian moons Galileo discovered. This image was taken in 1996 by the Galileo spacecraft, which spent eight years studying Jupiter and its moons.