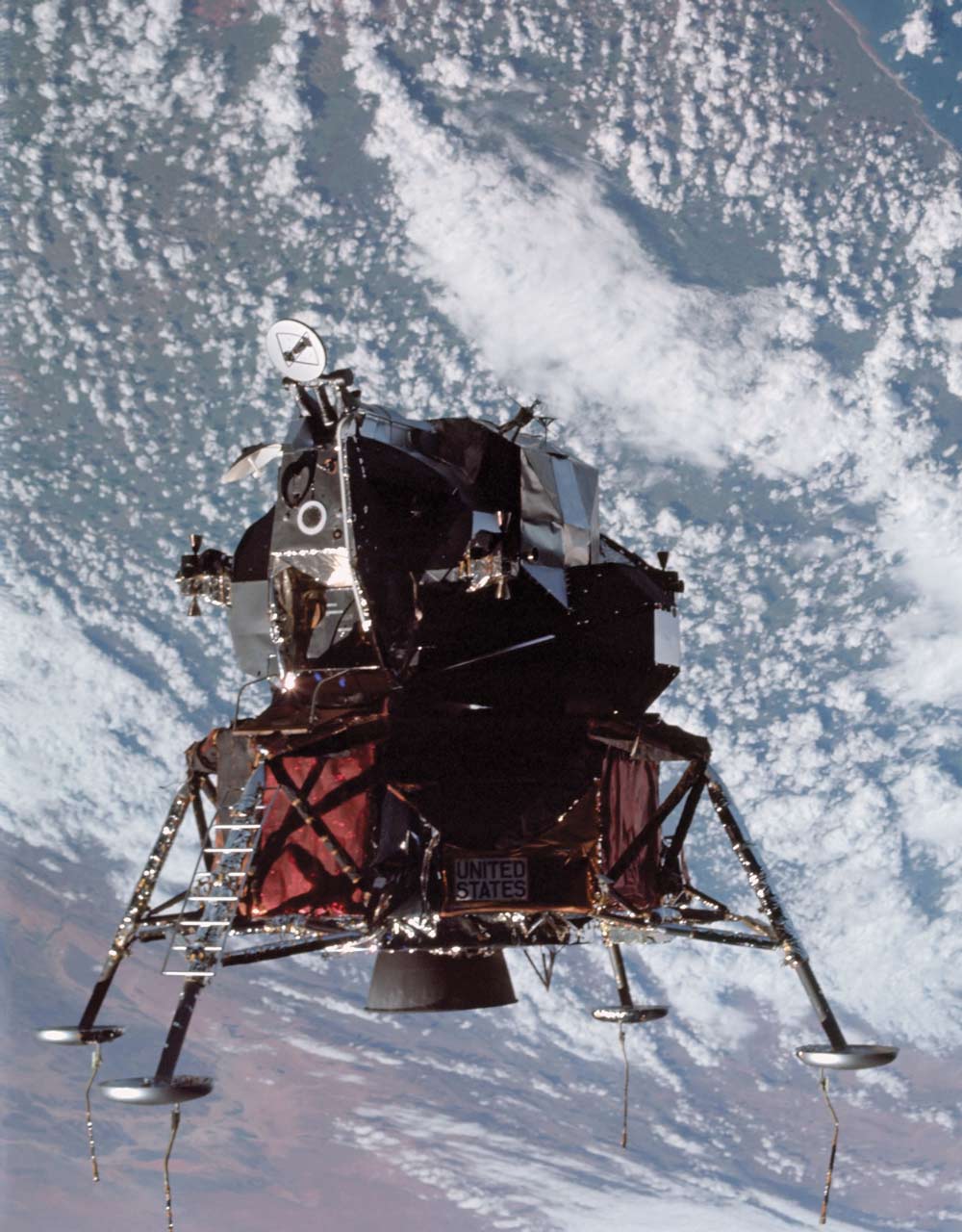 Spider and Gumdrop Apollo 9 was an especially dangerous spaceflight, because for the first time in history astronauts would fly in a spacecraft that was not designed to reenter Earth’s atmosphere. During this Earth-orbital mission, launched forty-five years ago this week, two of the three Apollo 9 crew transferred from the Command/Service Module Gumdrop into the new Lunar Module Spider. The Lunar Module was only designed to operate in the vacuum of space, either in orbit or on the lunar surface, so it had no way to return to Earth. Once Spider separated from Gumdrop, they had to reunite successfully or the astronauts inside Spider would eventually perish. In this rare image of a Lunar Module in Earth orbit, Spider flies free for the first time. The two spacecraft rejoined successfully several hours later.