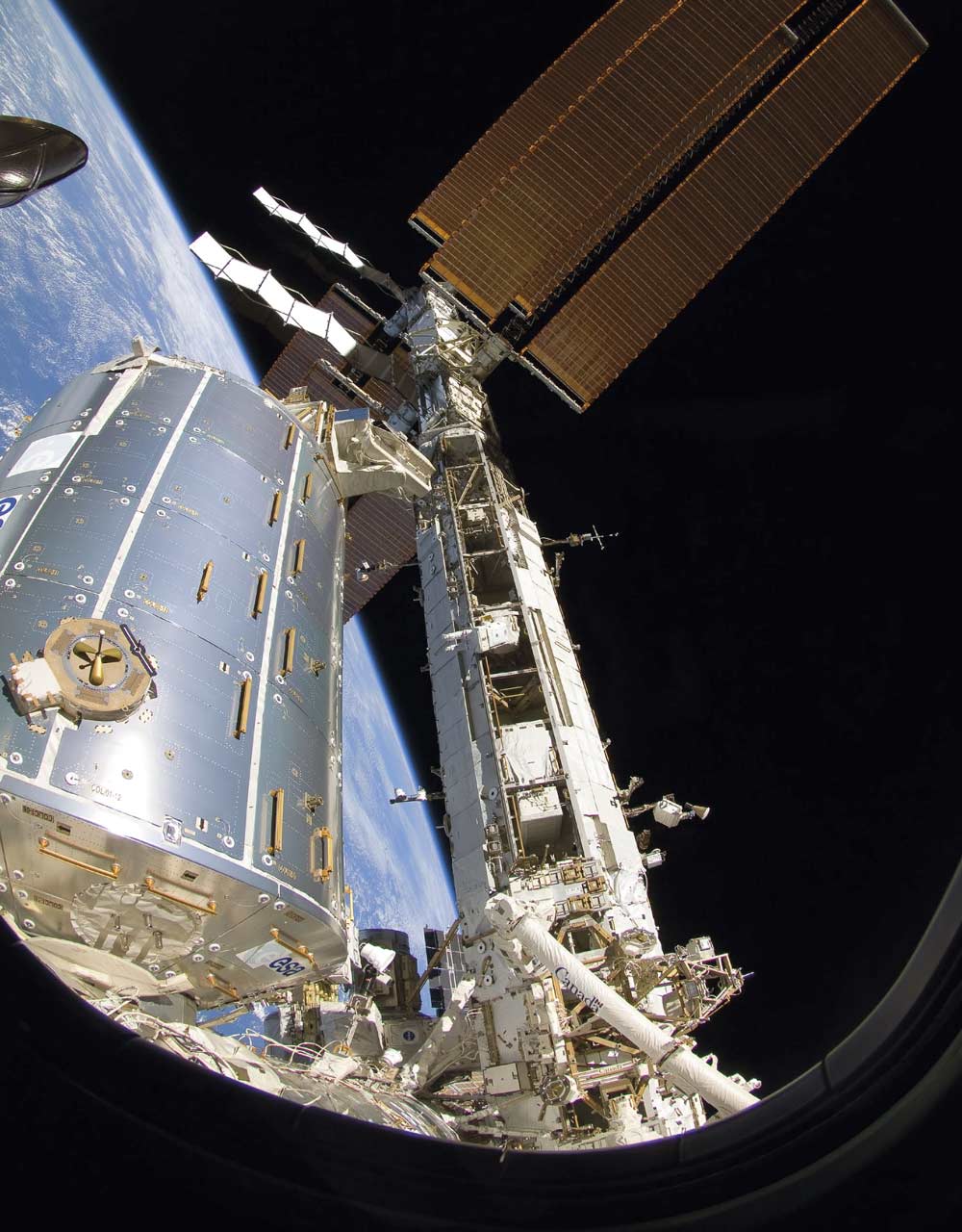 Holding on for Dear Life When the STS-119 mission lifted off five years ago this week, it carried more than seven astronauts with it. Clinging to the foam insulation of the space shuttle’s external tank during the countdown was a small free-tailed bat, which observers were certain would fly away as soon as Discovery roared to life. The bat, however, held fast. It was still visible attached to the tank as the shuttle cleared the launch tower, but was presumed to have perished somewhere between Florida and low-Earth orbit. Discovery reached orbit and eventually docked with the International Space Station, delivering the fourth and final set of solar arrays to the ISS. In this image, STS-119 Astronaut Joseph Acaba seems to reenact the bat’s earlier heroics as he holds fast to the towering ISS main truss assembly.