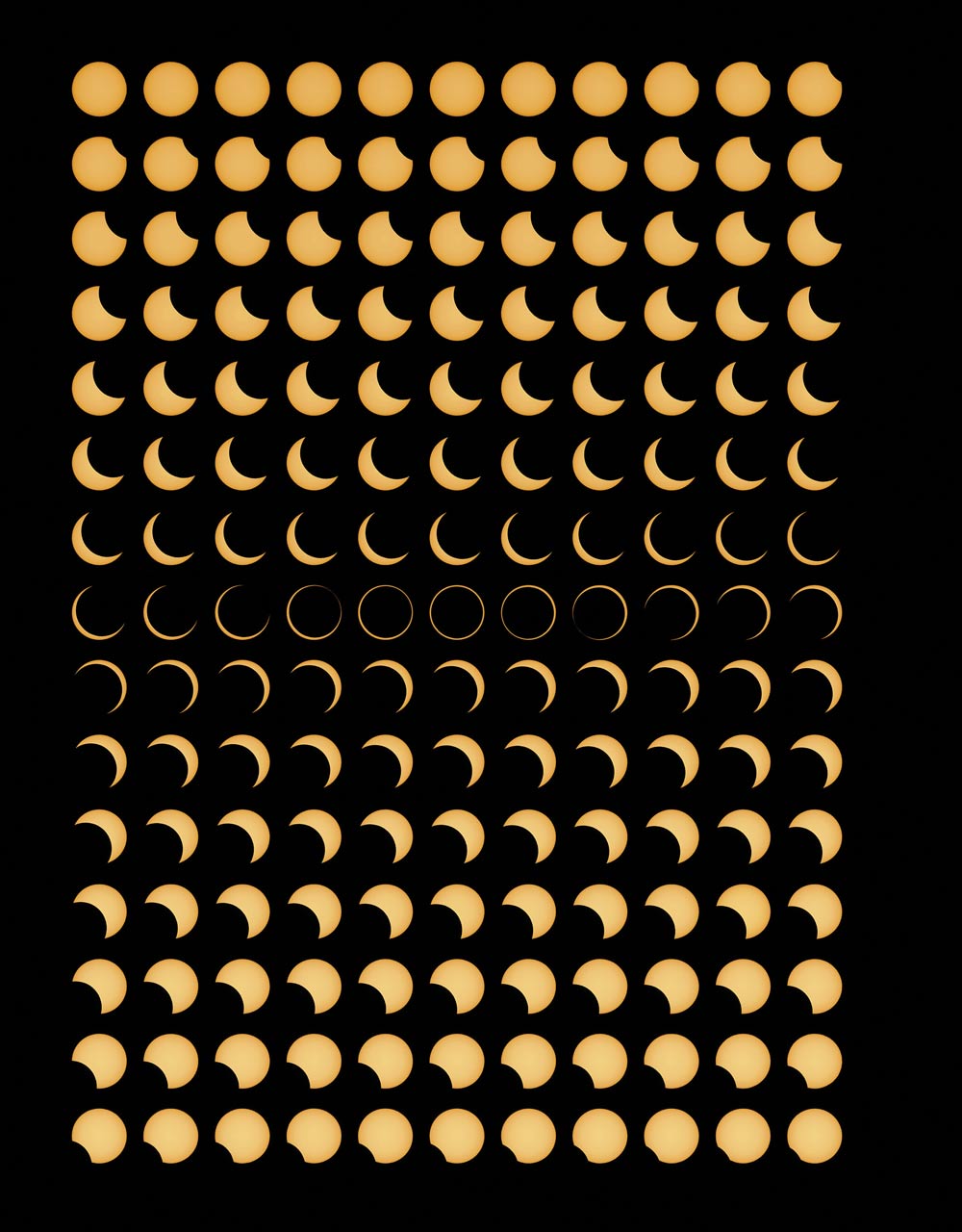 Ring of Fire The Sun, 400 times farther away than the Moon, is also 400 times bigger, so both appear about the same apparent size. This coincidence is why we occasionally see total solar eclipses, with the Moon passing directly in front of the Sun and large enough to block it completely. But the Moon’s orbit is not circular, and its apparent size varies slightly during each lunar month; similarly, Earth’s orbit around the Sun is not circular, so the Sun appears larger in January than it does in July. Under certain conditions, such as those occurring on Tuesday of this week for observers in Australia, an annular eclipse occurs, where the Moon is too small to cover the Sun fully, leaving a ring, or annulus, of the Sun exposed. These images by Fred Espenak were taken each minute during the 2005 annular eclipse.