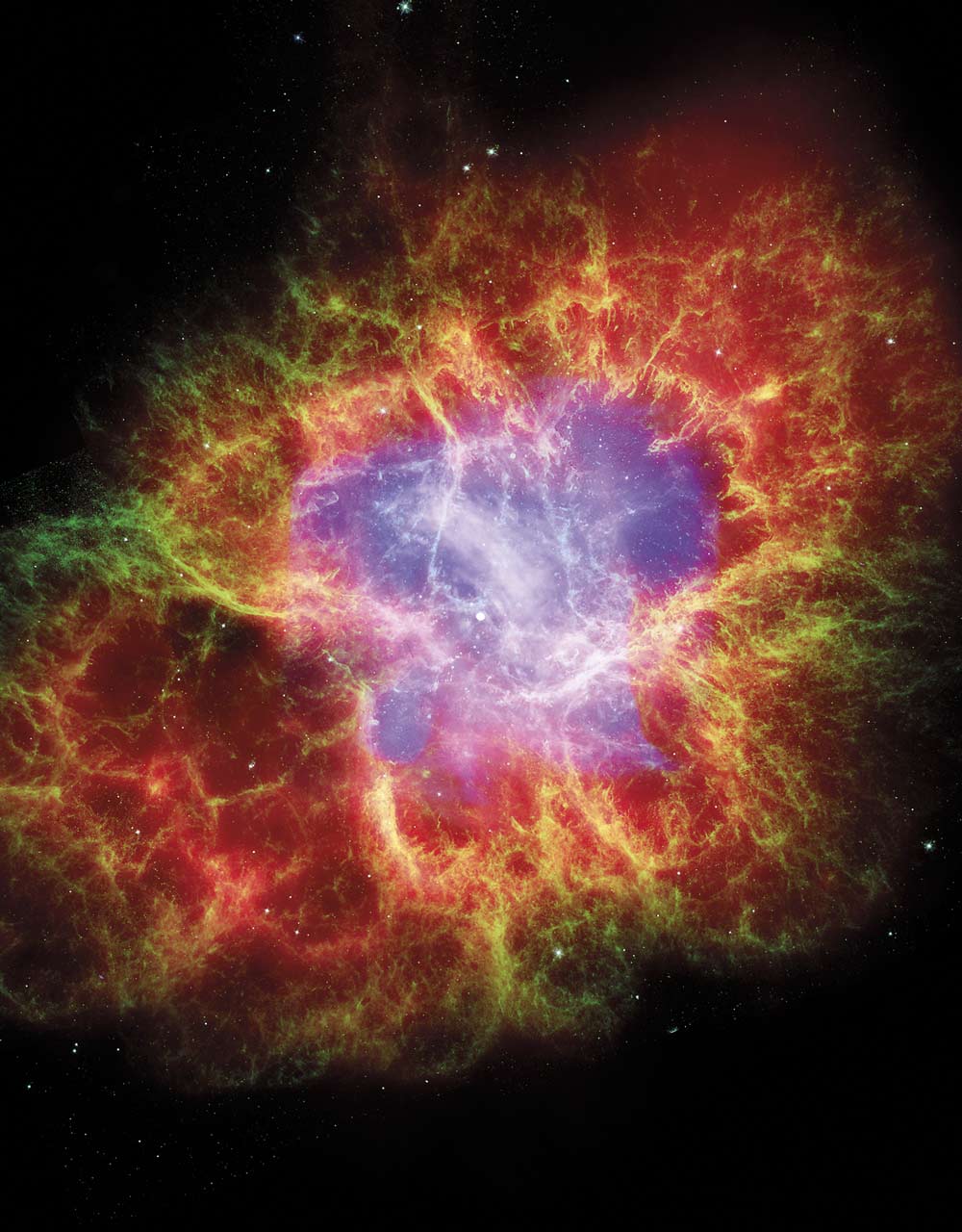 You’d Be Crabby If You Blew Up, Too Nine hundred sixty years ago this week a star in the constellation Taurus glowed as bright as the full Moon for several days. Chinese astronomers recorded the suddenly appearing star, which we now know to be a pulsar in the heart of the Crab Nebula. The Crab Nebula, the remains of that supernova explosion, is a highly energetic object, powered by the central spinning pulsar. This composite image of the Crab Nebula uses X-ray data from the Chandra telescope (light blue), optical data from Hubble (green and dark blue), and infrared data from the Spitzer Space Telescope (red). The neutron star, which has the mass equivalent of the Sun crammed into a rapidly spinning ball of neutrons just 20 km (12 mi) across, is the white dot in the center of the image.