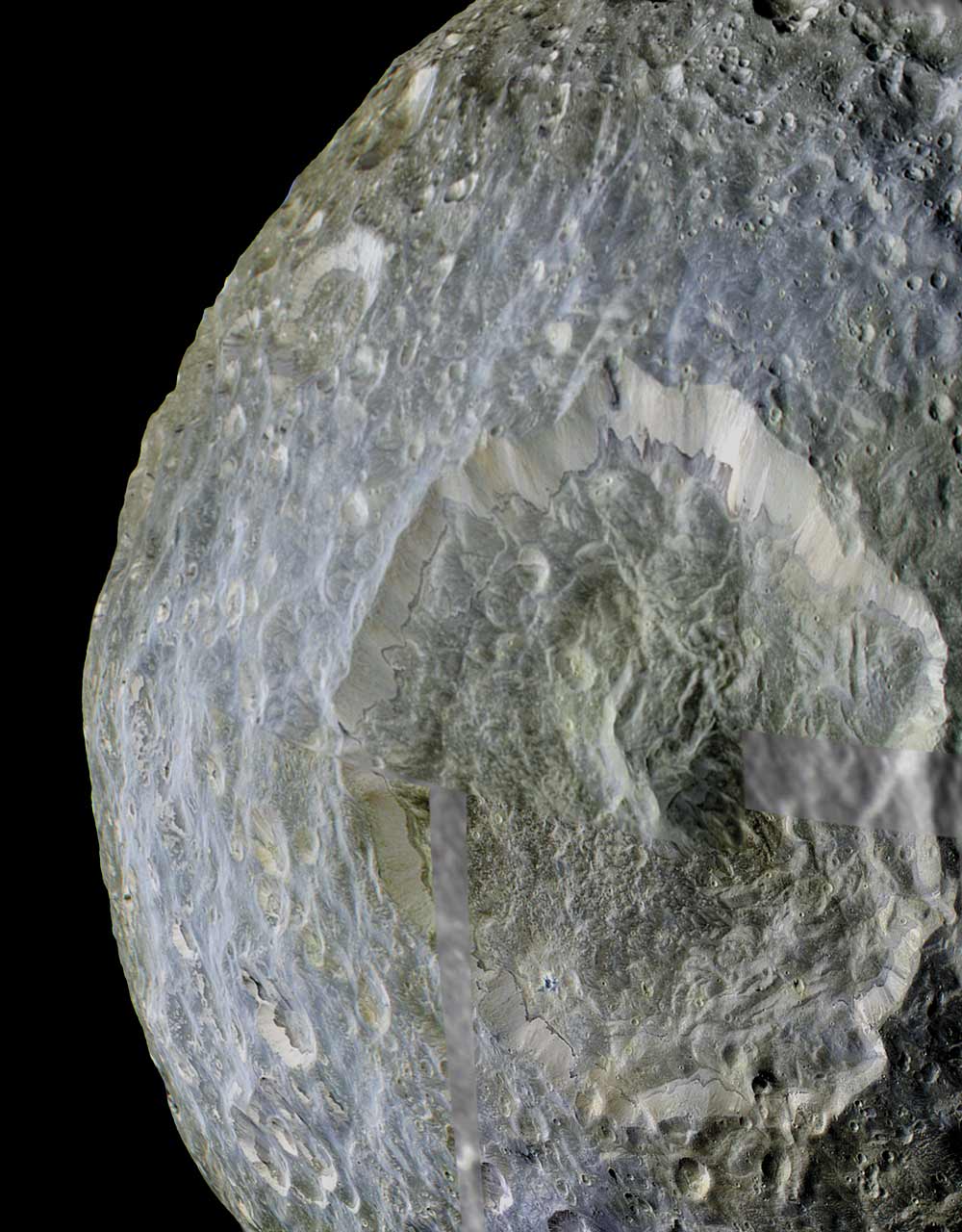 Big Bang The impact that created the Herschel crater on Saturn’s moon Mimas nearly destroyed that moon entirely. Mimas is 396 km (246 mi) across, yet Herschel crater spans an astounding 130 km (80 mi), a significant portion of the satellite. A crater of similar proportions on Earth would be 4,000 km (2,600 mi) in diameter—wider than Canada—with walls 200 km (120 mi) high. With its steep walls and prominent central peak, Herschel crater makes Mimas take on the appearance, under certain lighting conditions, of the Death Star from Star Wars. This color-enhanced image, taken during the Cassini spacecraft’s closest-ever flyby of Mimas in 2010, shows contrast between the bluish materials in and around Herschel crater and the greenish cast on older, more heavily-cratered terrain elsewhere.