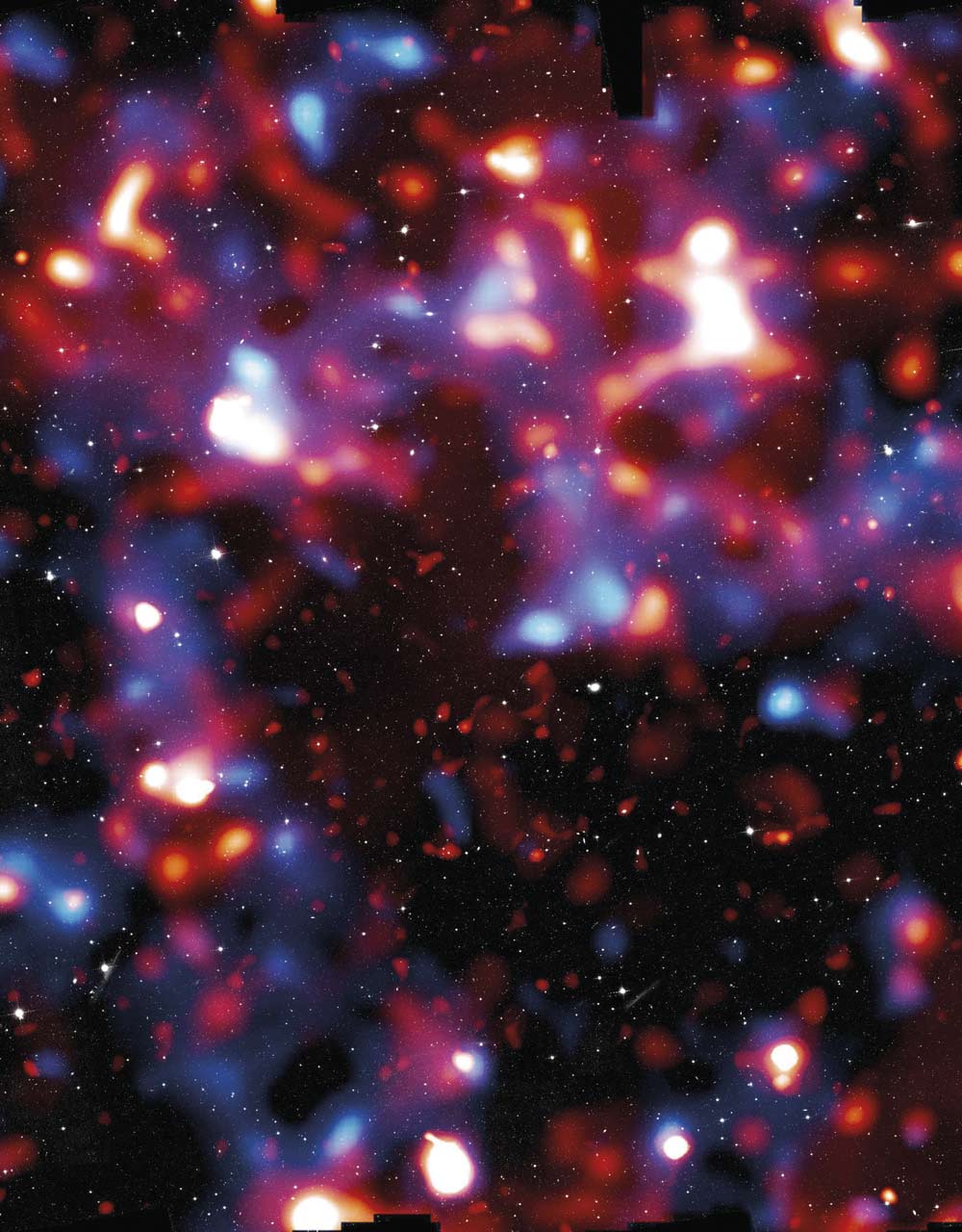 Triple Dose of X-Rays The European Space Agency’s XMM-Newton telescope, launched fifteen years ago this week, features a trio of precision telescopes that can observe high-energy X-rays. This type of radiation is blocked by Earth’s atmosphere, so the only way to observe it is from an orbiting telescope. XMM-Newton’s highly elliptical orbit takes it almost a third of the way to the Moon, so that astronomers can enjoy long, uninterrupted views of celestial objects. XMM-Newton helped create this first large-scale map of the distribution of dark matter and “normal” matter in the universe. This image shows normal matter (in red) determined mainly by XMM-Newton, dark matter (in blue) and the stars and galaxies (in grey) observed in the optical band with the Hubble telescope.