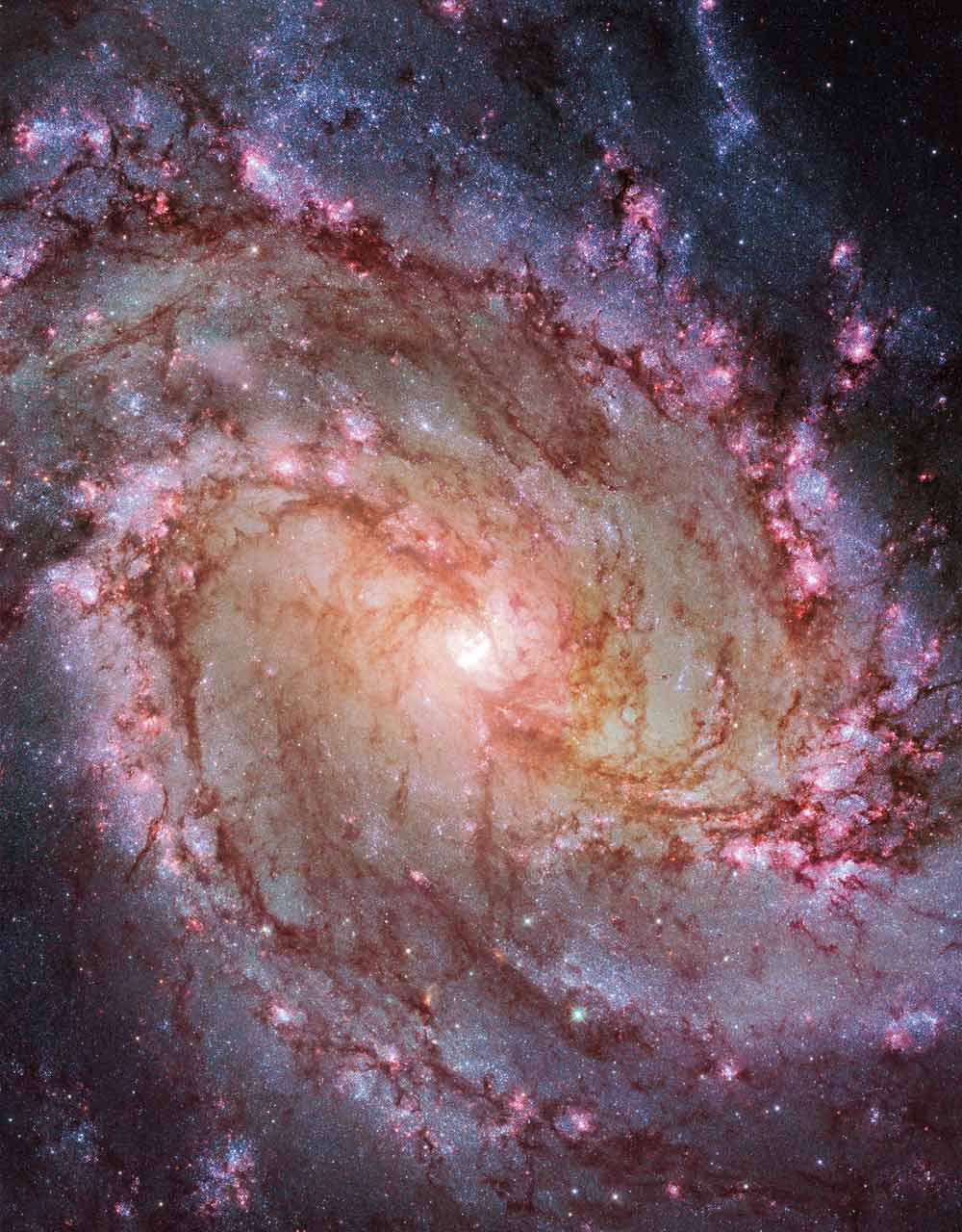 Southern Pinwheel   The vibrant magentas and blues in this Hubble image of M83 show the nearby spiral galaxy is ablaze with star formation. Also known as the Southern Pinwheel, M83 lies 15 million light-years away in the constellation Hydra. Thousands of star clusters, hundreds of thousands of individual stars, and “ghosts” of dead stars called supernova remnants are visible. The galactic panorama unveils a tapestry of the drama of stellar birth and death spread across 50,000 light-years. The newest generations of stars are forming largely in clusters on the edges of the dark spiral dust lanes. These brilliant young stellar groupings, only a few million years old, produce huge amounts of ultraviolet light that is absorbed by surrounding diffuse gas clouds, causing them to glow in pinkish hydrogen light.

Mercury in inferior conjunction
(between Earth and Sun)