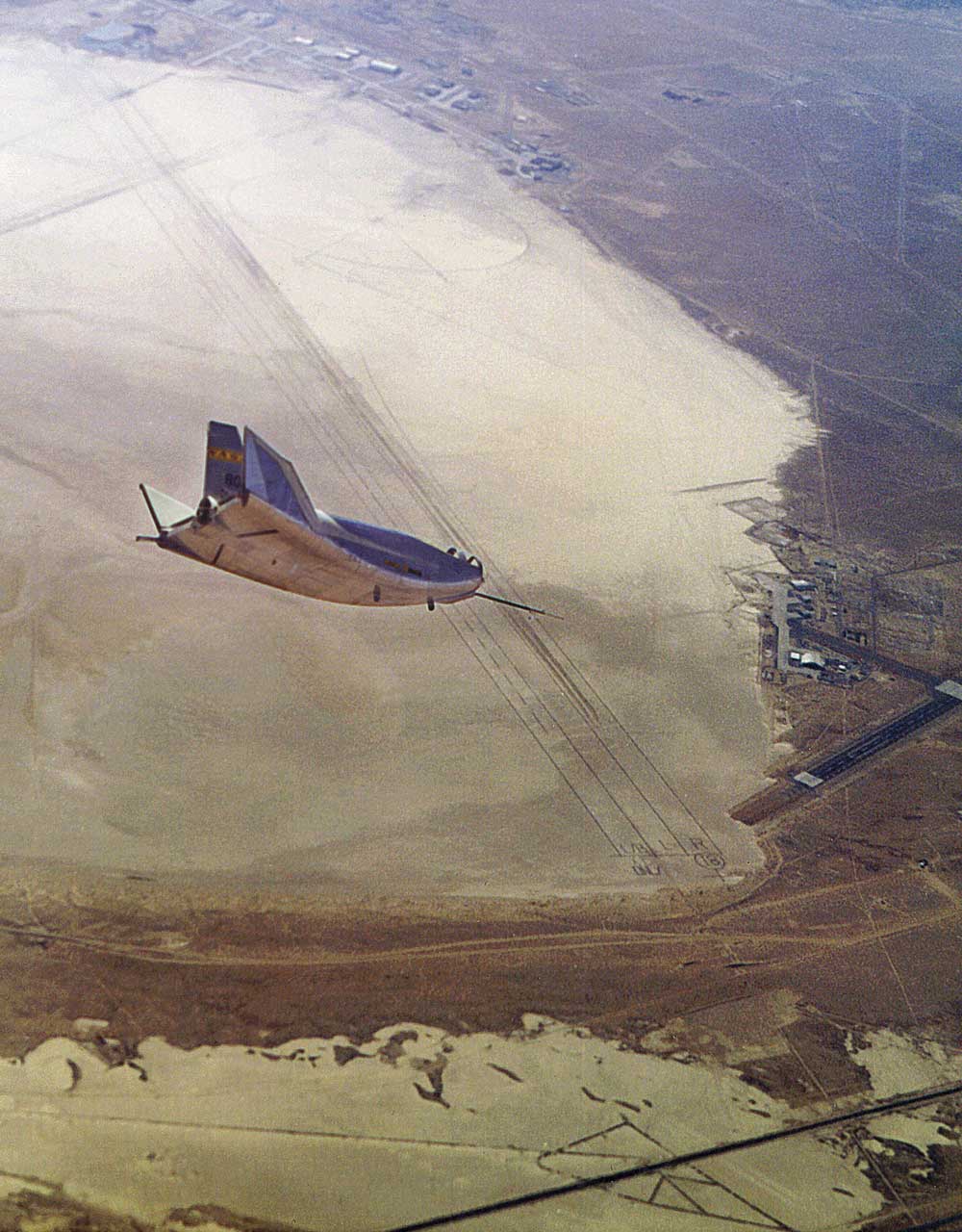 No Wings? No Problem From 1963 to 1975, NASA’s lifting body program tested concepts for small, lightweight piloted spacecraft that could return from space like a glider, albeit without wings; their unconventionally shaped fuselage provided the lift and maneuverability necessary for gliding flight after a simulated return from space. Lifting bodies were carried aloft by a B-52 and released for either an unpowered or powered flight. The Northrop HL-10, one of heavyweight lifting bodies, flew thirty-seven times between 1966 and 1970. On a powered flight that took place forty-five years ago this week, NASA pilot Bill Dana flew the HL-10 to 27.5 km (17 mi), the highest flight of the lifting body program. Here, the HL-10 lines up with lakebed runway 18 at NASA’s Flight Research Center in Edwards, California.