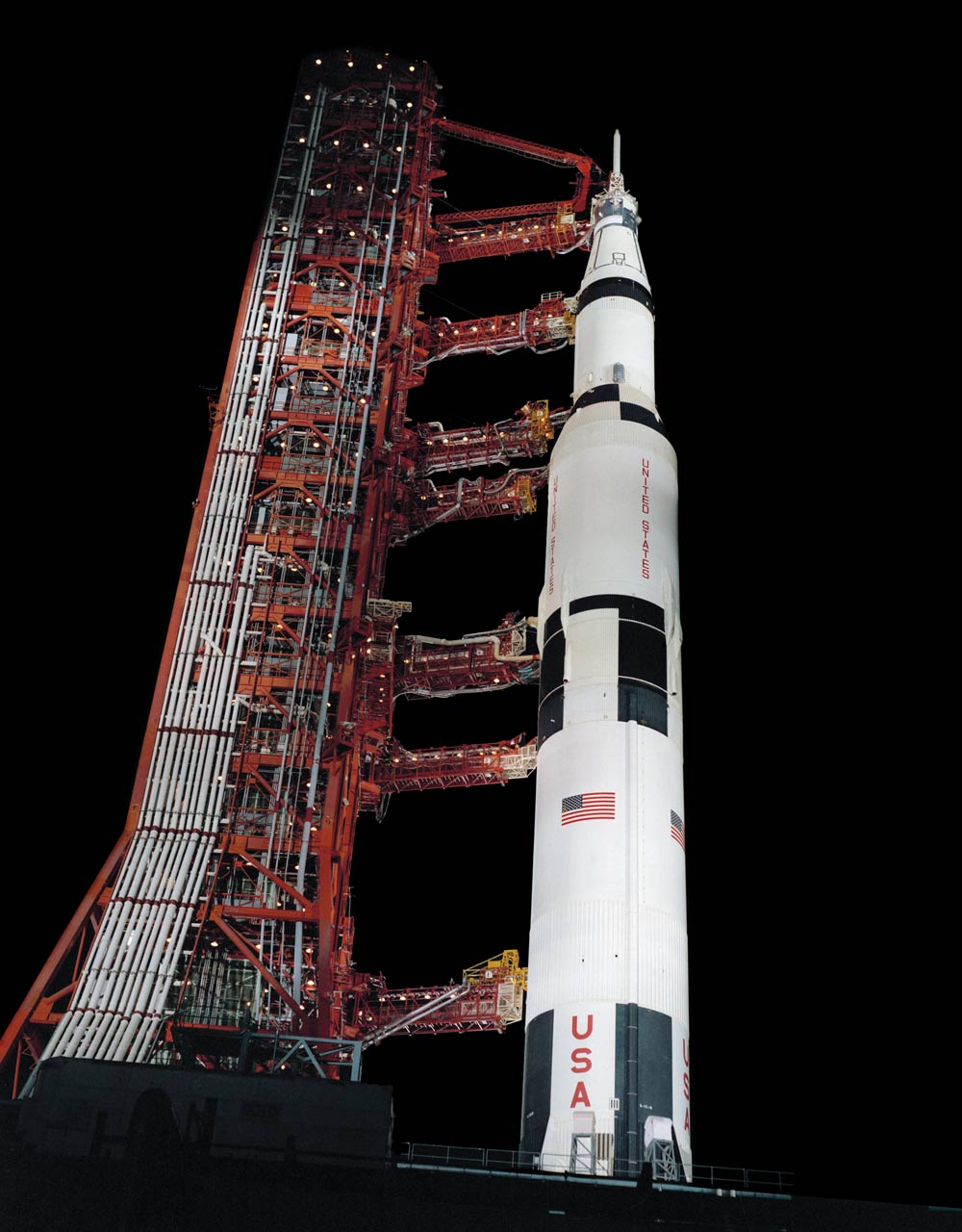 Lucky 13  When Apollo 13, seen here before launch, lifted off forty-five years ago this week, few thought it would become the most dangerous space mission in history. But four-fifths of the way to the Moon, a cryogenic oxygen tank in the service module ruptured, damaging two power-generating fuel cells and depleting vital oxygen. To conserve what little power and oxygen was left, all but the most essential systems were shut down, and astronauts Jim Lovell, Jack Swigert and Fred Haise relied on their lunar module Aquarius as a lifeboat. Though it was designed to support two astronauts for two days on the lunar surface, Aquarius kept the three astronauts alive in space for almost four days. In reality, luck played only a small part in a mission that was saved by resourcefulness, courage, and determination.

Mercury in superior conjunction
(on opposite side of Sun)