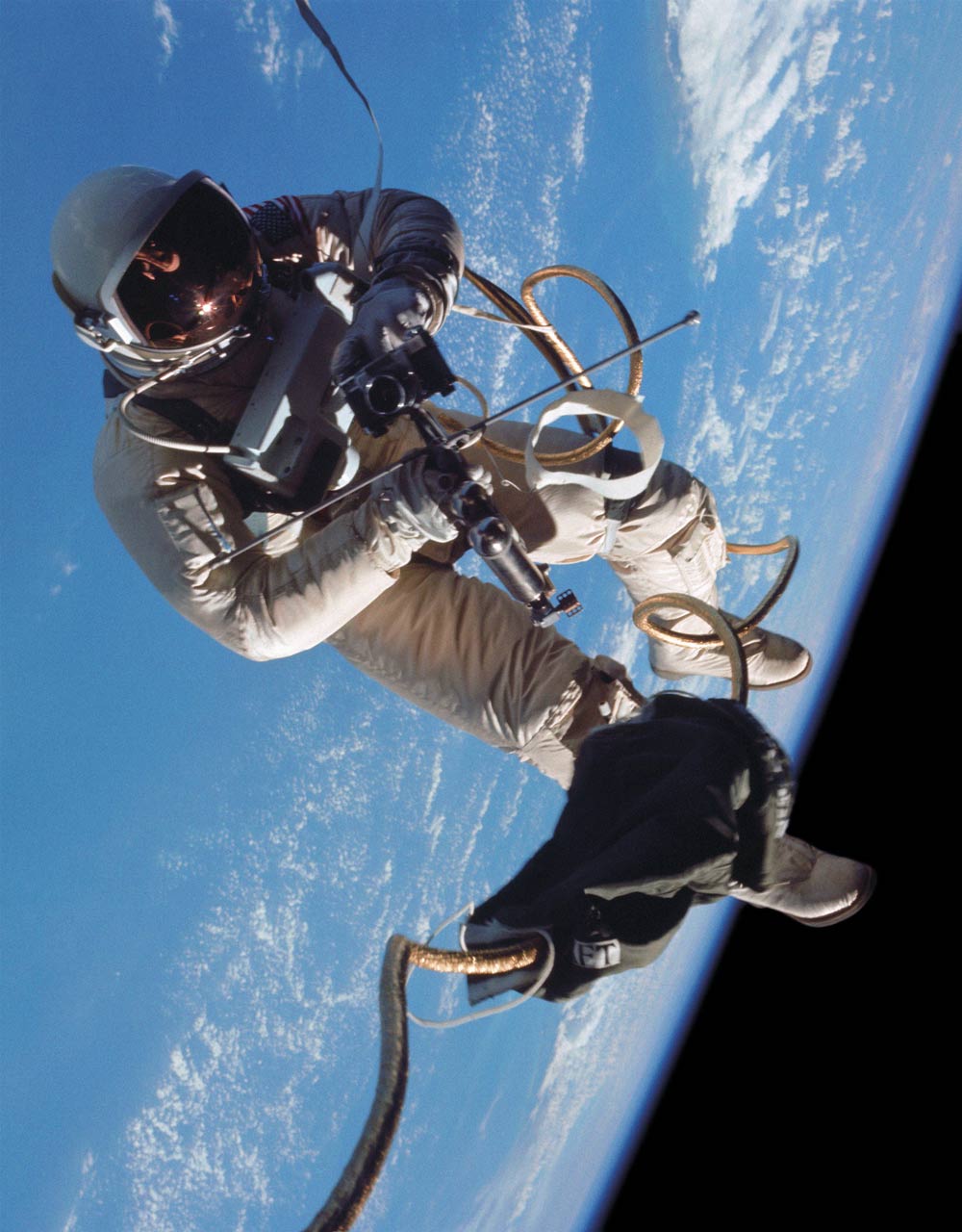 Catching Up  By mid-1965, the former Soviet Union was leading the space race. In 1963, the Soviets set a space endurance record of five days. In late 1964, a year in which NASA had no human space flights at all, the Soviets launched a three-cosmonaut crew. The following March, cosmonaut Alexei Leonov made the world’s first space walk. The Soviet lead in space was increasing, but the Gemini IV mission, launched fifty years ago this week, closed the gap. Four hours into the mission, astronaut Ed White opened the hatch of the capsule and made America’s first spacewalk, floating in space for twenty minutes. This was NASA’s second two-astronaut flight, and White and crew mate Jim McDivitt spent just over four days in space, nearly three times as long as the previous American record set in 1963.