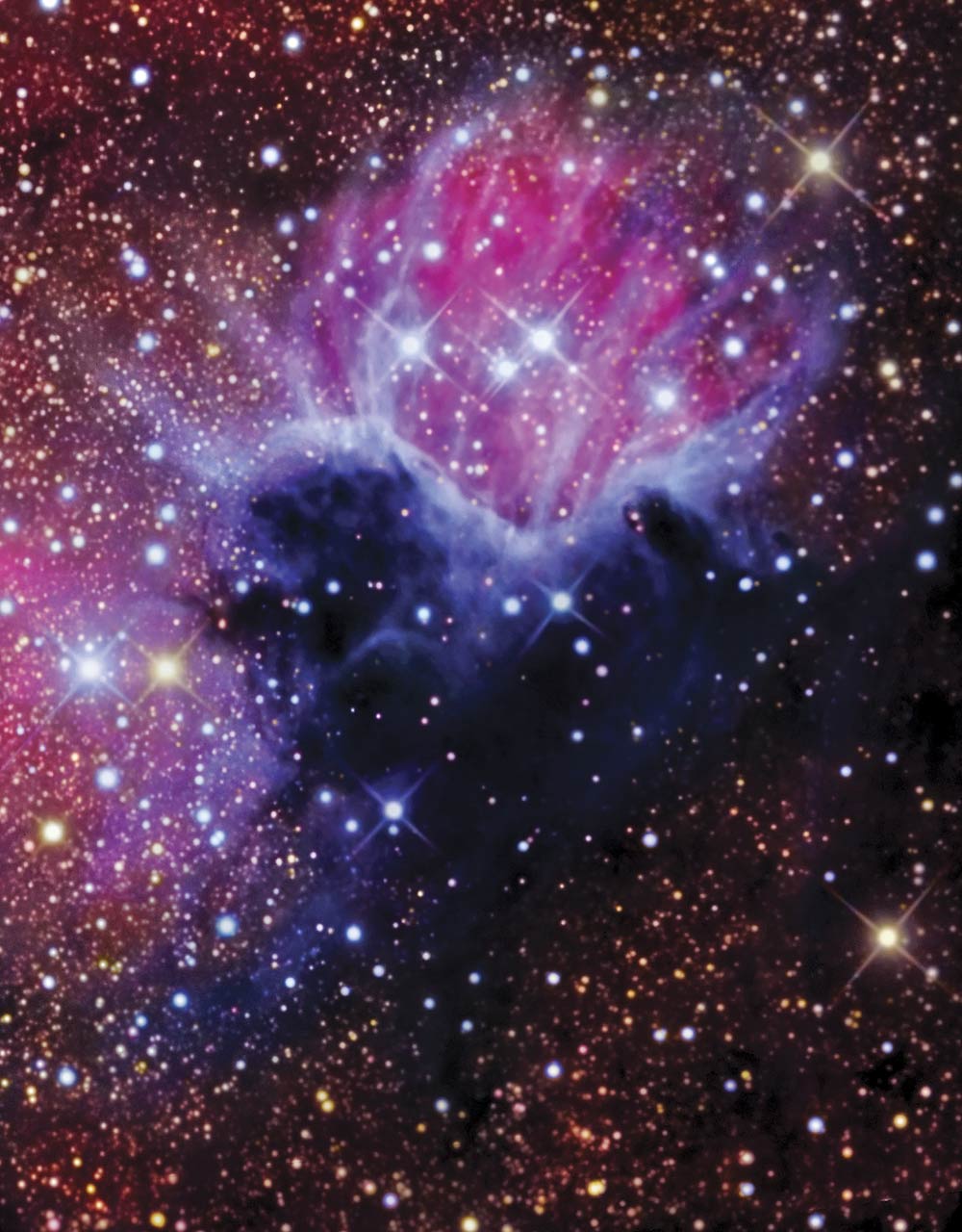 Three of a Kind Although the nebulae in deep space do resemble clouds, their composition is quite different from their terrestrial namesakes, which are composed primarily of condensed water vapor. This image by amateur astronomer R. Jay GaBany depicts three different types of nebulae that lie about five thousand light-years away in the constellation Sagittarius. Barnard 91 is the prominent dark nebula, a molecular cloud (usually composed primarily of hydrogen) that contains enough dust grains to become opaque. IC 1274 is the blue reflection nebula, a cloud of gas and dust that simply reflects or scatters the light of nearby stars. The red regions are emission nebulae, clouds of ionized gas emitting light of various colors (as neon lights do), usually activated by radiation emitted from a nearby hot star.