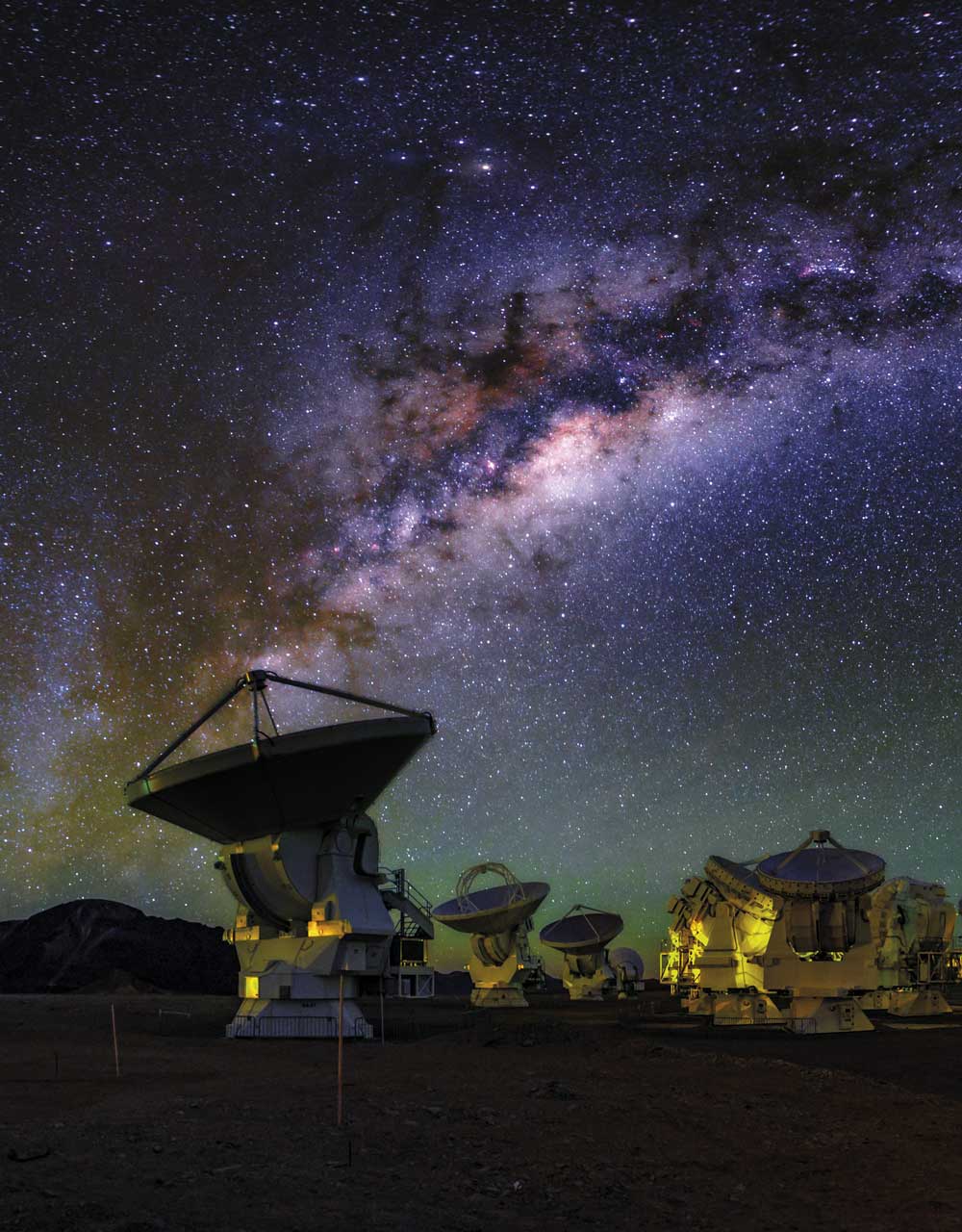 The World Listens  High on the Chajnantor plateau in the Chilean Andes, a consortium of international partners is operating the Atacama Large Millimeter/sub-millimeter Array (ALMA)—a state-of-the-art interferometer of radio telescopes designed to study radiation from some of the coldest objects in the Universe, at wavelengths of around a millimeter, between infrared light and radio waves. ALMA comprises sixty-six high-precision antennas, spread over distances of up to 16 km (10 mi). This global collaboration is the largest ground-based astronomical project in existence. Partner organizations include the European Southern Observatory (which itself is made up of fifteen member nations), the National Radio Astronomy Observatory (US), and the National Astronomy Observatory of Japan.

Neptune 3° south of Moon
Pluto at opposition
Earth at aphelion