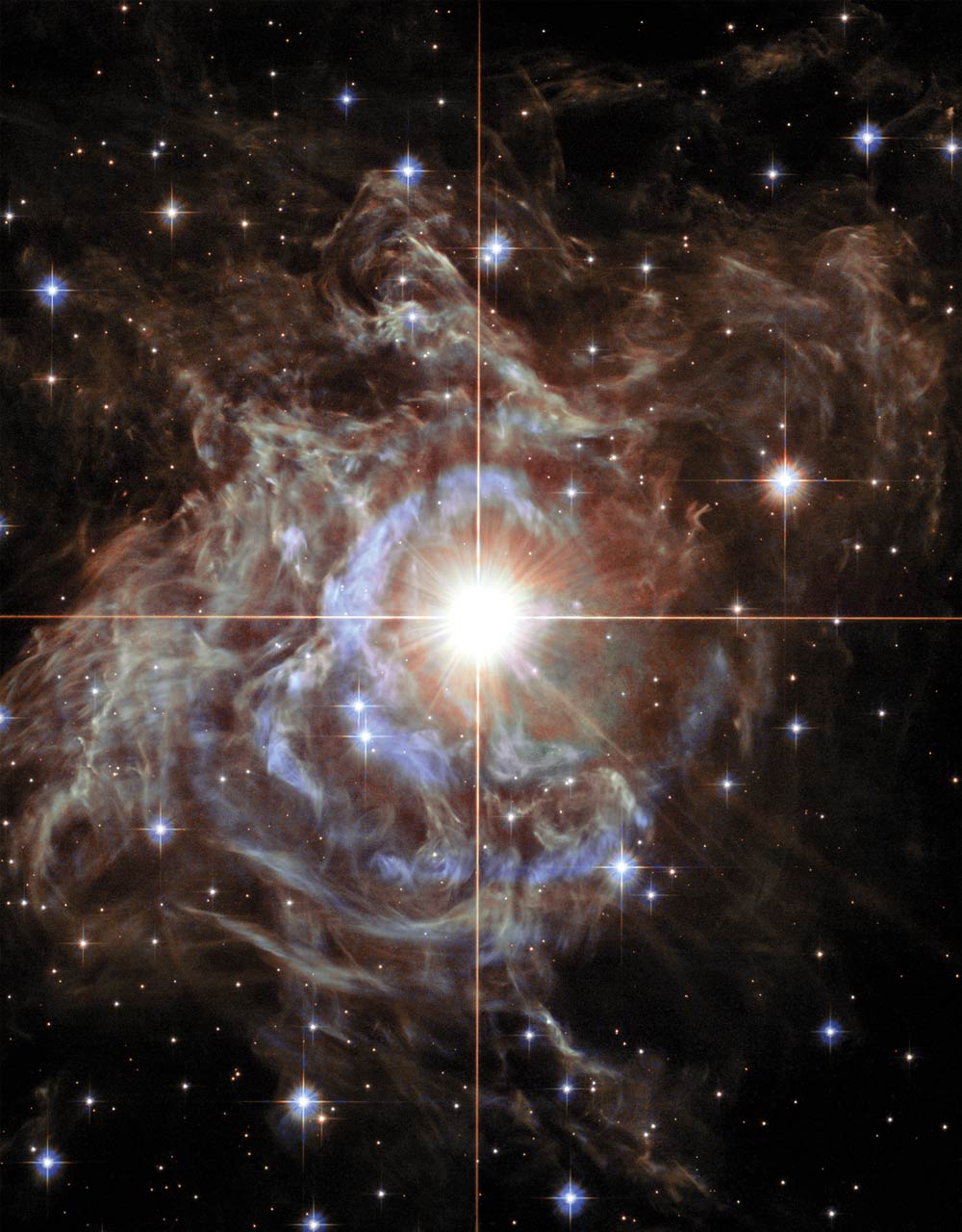 A Star, But How Far?  The bright southern hemisphere star RS Puppis, at the center of the image, is swaddled in a gossamer cocoon of reflective dust illuminated by the glittering star. The super star is ten times more massive than our Sun and 200 times larger. RS Puppis rhythmically brightens and dims over a six-week cycle. It is one of the most luminous in the class of stars known as Cepheid variables. If it were as far away as the Sun, RS Puppis would appear 15,000 times brighter than the Sun. By observing the fluctuation of light in RS Puppis itself, as well as recording the faint reflections of light pulses that move across the nebula, astronomers are able to measure these light “echoes” and pin down a very accurate distance to the star. The distance to RS Puppis has been narrowed down to 6,500 light-years.